A place to relax and socialize - to muse, think aloud and suggest
Post Reply
First unread post • 8 posts • Page 1 of 1

Stargazing Live presenter claims Beeb thought discovery of intelligent life elsewhere would be a compliance risk - Jack Seale 12:41 PM, 07 November 2012 wrote:How amazing would it be if the BBC's astronomy programme Stargazing Live not only discovered a new planet, as it did earlier this year, but received a signal from intelligent beings who live there? According to one of the show's hosts, physicist Brian Cox, if this did happen the Corporation would be worried that the aliens might swear or breach editorial guidelines, live on air.

"The BBC actually said: you can't do that. We need to go through the regulations and health and safety and everything in case we discover a signal from an alien civilisation."

Cox went on: ", you mean we would discover the first hint that there is other intelligent life in the universe beyond Earth, live on air, and you're worried about the health and safety of it?!

"It was incredible. They did have guidelines. Compliance!"

The segment of the show did, however, go ahead despite the Beeb's concerns. Threapleton Holmes B remained silent.<continues>

This is all being presented as serious scientific coverage by UK television. Discover a planet on live tv, then be concerned that aliens could speak with you, and that they might use the F-word.

If that doesn't sound sufficiently surreal for you, Dr Brian Cox, rockstar scientist, and 21st-century replacement for Patrick Moore, then went on to suggest that anyone who definitely identified alien life should be rewarded with...booktokens and Nectar points.

This has now been picked-up on by Nectar (see http://www.nectar.com/landing/aliens-page.points where they've quantified this as being a prize of 10 million Nectar points, which I estimate approximates to the curious sum of £50,000GPB/$80,000USD. Claims must be in by 31 August 2013, and the winner will be "the first person to discover sentient alien life beyond Earth (as accepted by the international science community (including NASA)"...so you're in with a chance! Unless the Curiousity rover beats everyone to the prize.

This is a blatant candy-floss spin of marketing and edutainment. I thought we were meant to be having the world end in a Mayan apocalypse, or an alien invasion this year, not gaining supermarket loyalty points for discovering ET...

And before I close...what do we make of SETI? Honest genuine scientific citizen project harnessing spare computer processing power across the world to find these archetypal aliens, sheer disinfo hoax, or something worse? Perhaps it's better not to judge them from their song...http://www.setileague.org/songbook/argus.htm
Top

I have wondered increasingly over the years about the sugar-coated packaging afforded to pseudo-scientific topics by the media- the obvious modern era scene-setter having been Apollo. The application of narratives that are often bigger and more important than the supposed facts, the entertaining 'human' story, formulaic Disneyfied docudramas...populist science infotainment makes me feel drained and uneasy, and the chosen deliverers of that gospel similarly fill me with skeptical dread. 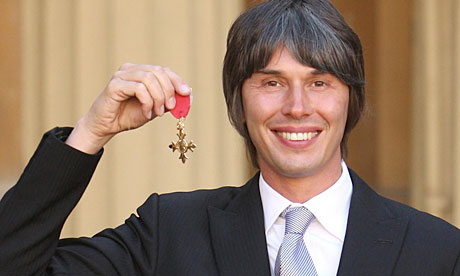 The selection of celebrity scientists as populist proxies is an interesting dimension. Whilst it's a truism to say that media-savvy pretty people in any profession will tend to have the spotlight shine upon them, there is a question as to what extent that is an emergent effect, or now an absolute precondition. Whether it be via Sagan, Einstein or Attenborough (what did forum members make of his admission as to the falsity of the polar bear scenes with plastic snow?), is 'science-lite' actually dumbing society down, or does a dumb society just demand it's science to be fed alongside sprinklies and large fries?

I wonder if we as society get force-fed the scientific happy shiny people we deserve, or is there just a harmless natural lightweight particle theory to explain it?
Last edited by icarusinbound on Sat Nov 10, 2012 11:31 am, edited 2 times in total.
Top

not forgetting yours truly
Top