Does Rocketry Work beyond Earth's atmosphere?

If NASA faked the moon landings, does the agency have any credibility at all? Was the Space Shuttle program also a hoax? Is the International Space Station another one? Do not dismiss these hypotheses offhand. Check out our wider NASA research and make up your own mind about it all.
Post Reply
First unread post • 862 posts

The video of rocketry you posted earlier was interesting in that this is an early example of a mixture of science and pseudo science used to programme the masses.

In the video the method of achieving travel to the moon used by Jules Verne was the only known way of getting from earth to the moon , because science was aware of ramifications of Joules experiment. Could only be achieved via an enormous artillery shell since rockets were known not to work in a vacuum.

The description of the three stage rocketry was as I remember from the sixties. But since becoming aware of Joules experiment it is apparent that achieving the 18,000mph in the upper atmosphere for satellite deployment is nonsense too . Nothing can fall around the earth according to the theory of gravity as an attraction of mass across distance by unknown means.

You may of course provide a constant force of acceleration to enable a satellite to orbit around the planet , but without this force any satellite will spiral down towards the centre of earths gravity .

Was nice to see a mention of the N-body problem associated with orbiting bodies , sun moon and earth. A problem which is unsolvable within the heliocentric system.
Top


We haven't seen that as far as I can tell. Check the video I posted from Project Orion, where a capsule is being propelled by high explosive shock waves. My mechanism for rockets to work in space doesn't involve Joule Expansion.

In another sense it doesn't matter. We can observe that NASA is lying about a bunch of things, we have no good way of definitively determining what is true and what is disinformation or misdirection.

The more interesting avenue of investigation is what can we figure out of what they are hiding from us? I suspect the answer to that is, "not much." Though an hour or two in a room with Tim Peake shackled to a chair and some secateurs and I'd find out something for sure.
Top

We can observe that NASA is lying about a bunch of things, we have no good way of definitively determining what is true and what is disinformation or misdirection.
(...)

If you can answer in the affirmative and conclusively, I will start pondering if NASA is actually hiding things and question what about them is true or not, but if you find nothing, I will be content not bothering so as if they simply hide everything (which would be of no consequence to me) or otherwise, not bothering because I know they are full of rubbish.
Top

Good morning. I will record myself dancing naked in the street and post here if anyone can provide me any ACTUAL scientific confirmation (a relevant repeatable observation or controlled experiment) that viru5es exist, that rockets can create thrust in an unrestricted vacuum such as space, or that the Earth orbits the Sun. Oh, and I find plenty confirmation that Earth is a rotating sphere btw. No problems there. :-)
*****

And again, no offense but I think I speak for most cluesforumers: No one here is interested in your unconfirmable beliefs regarding rockets. Read the thread will you, and if you have something that hasn't been examined already go ahead and post, if not please don't. And if you're right you will have the dubious pleasure of being able to watch me running naked down the street.

I find it quite fascinating that this particular Cluesforum thread ("Does Rocketry Work beyond Earth's atmosphere?" - started by our member Boethius back in 2013, i.e. a DECADE ago!) has now over a million views - yet, and so far, not ONE single substantiated argument has been put forth in support of the physical possibility of rockets being able to propel themselves beyond the Earth's atmosphere.

That's right: we are now in 2023 - and ten years of discussions have not yielded a shred of evidence to back up NASA's 65-year-old (yet ongoing) space travel narrative.

I will therefore solemnly declare (for now - and until any contradictory proof is submitted) the case closed: NO rockets can exit the Earth's atmosphere.

As for Robert Goddard, considered to be the "father of space rocketry" (although his toy rockets only reached a few miles of altitude), here's what we may read on the Wikipedia:

In 1924, Goddard published an article, "How my speed rocket can propel itself in vacuum", in Popular Science, in which he explained the physics and gave details of the vacuum experiments he had performed to prove the theory. But, no matter how he tried to explain his results, he was not understood by the majority. After one of Goddard's experiments in 1929, a local Worcester newspaper carried the mocking headline "Moon rocket misses target by 238,7991⁄2 miles."
https://en.wikipedia.org/wiki/Robert_H._Goddard 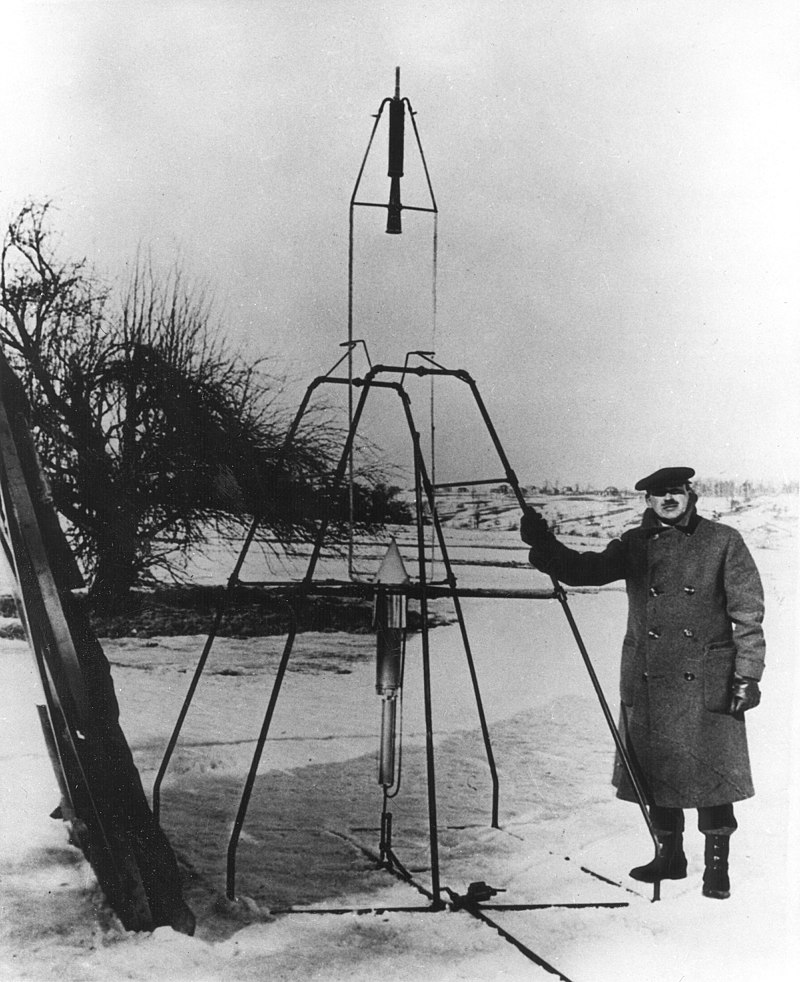 "He was not understood by the majority"... Well, this may well be a case where the majority was quite right !

Space travel is a silly joke, folks - get over it. Now.

For some more hilarious reading about Robert Goddard's ambitious projects, go to this NASA website article (see short extract of the same below).

"Toward the end of his 1920 report, Goddard outlined the possibility of a rocket reaching the moon and exploding a load of flash powder there to mark its arrival. The bulk of his scientific report to the Smithsonian was a dry explanation of how he used the $5,000 grant in his research. The press picked up Goddard’s scientific proposal about a rocket flight to the moon, however, and created a journalistic controversy concerning the feasibility of such a thing. The resulting ridicule created in Goddard firm convictions about the nature of the press corps, which he held for the rest of his life."

Oh yeah, we all know that the press corps is such an eeeevil entity !
Top

I'm really curious what pro-NASA commentators would say about the experiment conducted by the prof in the YT video I provide. Doing physical experiments is what really counts, though doing mental gymnastics by having discussion is usually the first step before the actual experiment needs to be done to verify hypothesis.

This video was mentioned here by patrix on page ~42 I believe. If you look closely at the slow motion results shown at the end and how the experimental apparatus reacts in both cases, you will have strong clues to what happens in deep space, IMHO.

What happens in deep space with an Earth rocket ? I think, not much besides an expanding cloud of molecules/atoms.

Nice entertaining post about Goddard there Simon. Incredible the amount of bullshit that NASA fit into one article . Goddard a professor - he's a complete fraud ,belongs in the same club as Parsons , Einstein and Tsiolkovsky although NASA just posthumously named their ridiculous rocket equation after the latter , deflecting the blame .

Who writes this shit hahaha. I'm gonna have to trawl the web to find Goddards proof of rockets working in a vacuum.

On a side note dropped in this article from BBC this morning about light pollution. https://www.bbc.co.uk/news/science-environment-64321824
"
First thought upon reading this was obviously "no shit sherlock" . Second thought was" is this a prelude to the announcement that stars are receding due to the big bang bollox and thus the heliocentric model delivers another proof?" Or is it just another " scientist says water is wet " article?

Am slowly working through the online version of your book - up to chapter 17 now. Marvellous stuff and the results given using this system developed by yourself and Patrick are excellent at removing that long list of problems (many off which I was unaware) that the heliocentric model can't explain without resorting to gobbledegook.