A place to relax and socialize - to muse, think aloud and suggest
Post Reply
First unread post • 5 posts • Page 1 of 1

The tenuous premise, as sold, is that current celebrities can be facially-matched to classic old photos and paintingshttp://www.newageman.co.uk/14-time-trav ... elebrities

This may be real, or something else altogether
Top

I have seen those amusing comparisons before (on CF?). It´s not hard to find look-alikes based on specific pictures (in fact, it´s one of Chiarini´s favorite pursuits), but when you place photo doppelgängers side by side in real life (whenever this is possible), they often look (and certainly "feel") surprisingly different.
Top

This picture of drummer Buddy Rich in his youth bears such an incredible resemblance to my brother-in-law that I can´t persuade anyone in the family it´s NOT him (even his mother thinks I am pulling her leg). It´s weird, because no other picture of Buddy Rich even reminds me of him! 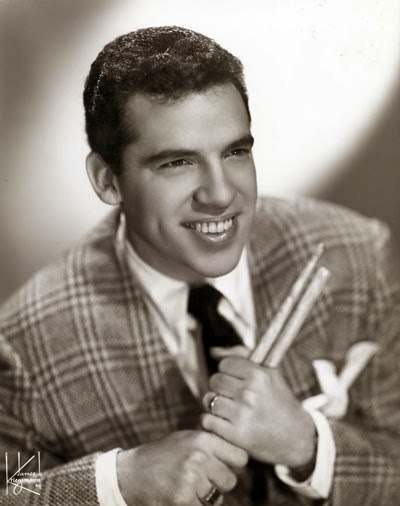 I often see a resemblance between Hollywood actors or other celebs. Not as if they were twins or the same person but simply that they look like they could easily be related yet they are supposedly not. Sometimes the two celebs are contemporaries and sometimes they are separated by one or more generations.

There are even celebrity fan type sites dedicated to this topic like this one.

For this reason I tend to believe the rumors that many of these celebs do come from a small number of “bloodline” families who obscure their birth records. It just seems like too much of a stretch to dismiss it all as mere coincidence.
Top

lux wrote:I often see a resemblance between Hollywood actors or other celebs. Not as if they were twins or the same person but simply that they look like they could easily be related yet they are supposedly not.

Very interesting, thanks for that. I wonder, to what extent do convergent selection factors have an impact? These democratically-promoted celebities are chosen for our stimulation and attraction, so there will inevitably certainly be common tribal characteristics. With the makeup artist's brush, the surgeon's knife, and the PR Department's Photoshoppers constantly equalising the differentials, so as to comply with Übermensch ideals.

Art mirrors reality, and 'reality' emulates art: in the movie "The Island" (arguably itself a rip/homage/clone of various earlier books and films), where clones played by the actors pictured below (playing in two roles) discover that their wonderful utopia is just a farm for organs, and they are the donors. Perhaps, CGI apart, the gene-pool for Hollywood success and acceptance is somewhat more deterministic than is conventionally believed. Maybe they could have used their doppelgangers instead of split-screens.

Let's not forget that imitation is the sincerest form of flattery...whether it be genetic or generated.
Top
Post Reply
5 posts • Page 1 of 1