Flabbergasted » September 21st, 2019, 11:03 pm wrote:SCS,
Thanks for creating a new thread for the discussion on megalithic constructions. There are several other recent posts in the Chatbox that need to be moved to the new thread, and one unrelated post (about the book "Hayy ibn Yaqzan") that should be moved back to the Chatbox.

Okay thank you for pointing that out. I’ll have a look and move them shortly.
scs

Has anyone come across this before?

full link: http://www.youtube.com/watch?v=1n-HMSCDYtM
Apparently the Rooskies has “discovered” it and kept quiet about it.
Other vids equate it to the observation of spinning/tossing a tennis racquet.
In my younger days I did notice (but had not questioned) the “odd” spinning of a racquet but in this instance (the comparison with what happens in “space”) I’m not sure they are one and the same thing albeit affected/unaffected by “gravy-tea”.
Interesting?
Top

In case anyone has been fortunate enough to miss this, it's time to suffer. Remarkably poor drama and acting. It's flabbergasting that most buy it, but Facebook is also boiling with people who don't. The good thing is that those who are redpilled by this understand that the Nutwork is shameless and won't hesitate to exploit a child which should be in school as she points out herself in her "speech".

Greta well rehearsed aspiring for an Oscar but overacting a bit:

Greta without a script...

Perhaps this is an inside joke—a reference to what actually happens to free objects in space, including satellites, rocket stages, or any supposed ‘space probe’, ‘capsule’ etc. Rigid bodies take on a cone shaped precession, and semi-rigid bodies (eg the ‘ISS’ with its shaky ‘solar panels’) take on a complex tumbling motion.

This comes from a NASA paper on Explorer-1. See Addendum C. The motion is fully treated and compared to telemetry data.

Unfortunately it seems no longer available but I kept a copy. Perhaps these early original papers are too informative. I suspect that the problems of stability and attitude control are unsolvable even given reaction control. If you are in a tumble, how do you get your bearings? Do gyros really solve all problems (ie provide a fixed stellar reference)? Not everything needs to be stable, but it’s a severe constraint. If you want to ‘burn’ to head off to Mars, first you need to be accurately pointing in the right direction.

Greta may be new but the script is not. Witness her predecessor in 1992. They'll manufacture these young martyrs again too.
Top

Thanks MrSinclair. I've heard about this but couldn't find the video.
Top

Greta may be new but the script is not. Witness her predecessor in 1992. They'll manufacture these young martyrs again too.

Witness her predecessor more than 25 years before then. 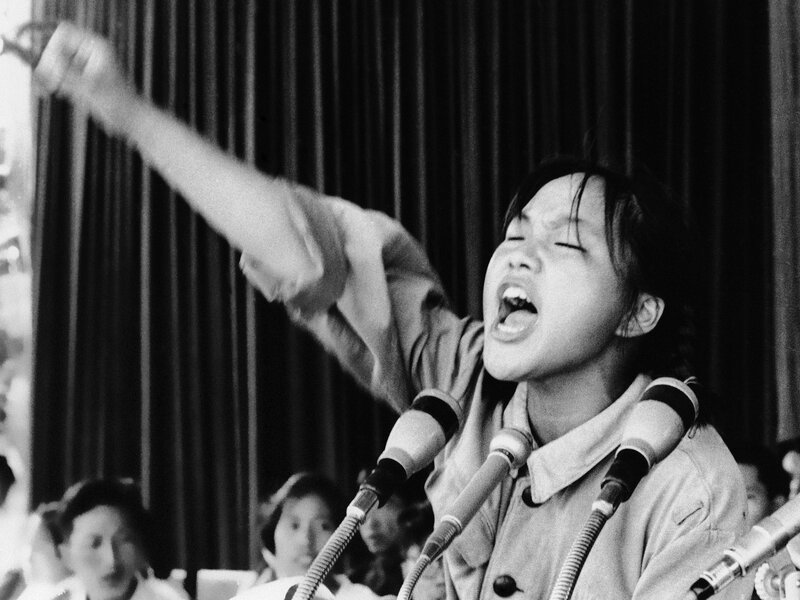 Hmm, mighty nice set of pretty, well-aligned teeth for someone born in China in 1951.
Top

Hmm, mighty nice set of pretty, well-aligned teeth for someone born in China in 1951.

One of the perks of being in the inner circle, free Western standard dental care.
Top

And have you seen the "September Clues" entry at IMDB? I have no idea who made it, but I just LOVE how they casted the TV anchormen/women as actors... playing themselves!

Yes I have seen the "September Clues" entry and yes it has some very good reviews.

The greatest documentary ever made, bar none.

Of all the 9/11 documentaries(and some are good), this one is the most jaw dropping.

Hi dear CF fellas, although I havent been very active on the forum lately (however still passionately reading CF on a daily basis), I thought this litle Netflix SF Web TV serie anecdote was worth mentioning here.

A week or so ago, a friend of mine lent me his Netflix account credentials as I was curious to see what sort of jewish cinematic crap was stored on their servers.
After gleaning a few pieces here and there, some trailer triggered my curiosity eventually coming accross a German SF webtv called " Dark "
initially released in 2017 and produced by a company called Wiedemann & Berg Television (S== H===!).

Dark is a German science fiction thriller web television series co-created by Baran bo Odar and Jantje Friese.[2][3][4]
Set in the fictional town of Winden, Germany, Dark concerns the aftermath of a child's disappearance which exposes the secrets of,
and hidden connections among, four estranged families as they slowly unravel a sinister time travel conspiracy which spans three generations.
Throughout the series, Dark explores the existential implications of time and its effects upon human nature.

Children start disappearing from the fictional German town of Winden,[11] bringing to light the fractured relationships, double lives, and dark past
of four families living there, and revealing a mystery that spans four generations. The series follows Jonas Kahnwald, a teenager struggling to
cope with his father's suicide; police officer Ulrich Nielsen, whose brother disappeared 33 years earlier; and police chief Charlotte Doppler.
The story begins in 2019, but spreads to include story-lines in 1986 and 1953 via time travel, as certain characters of the show's core families
grow aware of the existence of a wormhole in the cave system beneath the local nuclear power plant, which is under the management of the influential
Tiedemann family. During the first season, secrets begin to be revealed concerning the Kahnwald, Nielsen, Doppler, and Tiedemann families,
and their lives start to crumble as the ties become evident between the missing children and the histories of the town and its citizens.

No doubt you're on NETFLIX. Your regular dosis of "space time travel" , "nuclear threats" coupled with a myriad of masonic numbers, nothing
new for us here I will give you that. But, things started to get more interesting during the episode 2 of the 1st season when
some character penetrates in a triangular-shaped dark room's attic (probably where some truth seeker was hiding for years (LOL))
and on a wall plastered with dozens of mystical drawings appeared that rather interesting poster :

You are watching ...LIES..as simple as that.

I think it is now fair to say that Simon has totally NAILED it, proving his majestic Tychosian research to be on the abolute right track, to me at least, that's pretty telling.
Top

ElSushi wrote: And then this

Some interesting reading on internet censorship and health research: