Thanks resolution. This is being introduced in Australia under the name 'safe schools'.
Top

I'm trying to find the benefit of ANY post discussing torture, let alone child torture. We all know bad stuff happens to people and with our current media sphere this bad stuff is fairly easy to find. Even if these torture subjects lead to media fakery I feel they do more harm to the readers than good. By good I mean enlighten us to media fakery just a tad more. By harm I mean by witnessing torture in the third party we are traumatized by it none the less as most humans find making people suffer on purple intolerable.
Top

The point of posting this is to inform vistors about the beliefs of the ideologues behind the sexual revolution and comprehensive sexual education which is being implemented worldwide under our noses as part of the UN 2030 goals. It is the final wave of the sexual revolution: the sexual rights of children. It will destroy society by destroying the innocence of youth and the family and if it isn't at your local school, it will be.
Top

There's nothing new under the sun. However, the scale of the problem is bigger than ever before. Did you know that in the 1950's there were still laws against seduction? That's how far this revolution has taken us. Nothing new, perhaps. But the slide is terrible.
Top

It may be of interest to note the divergence between the stated goal of sex education (reduction of teen pregnancy) and the result. The idea that the problem of teen pregnancy was so rife in the 50s that it had to be addressed with such a program that has to audacity to self-proclaim its own effectiveness in the face of such obvious failure (if the stated goals were the intention - I believe otherwise) is comical in the extreme.

If the real purpose were destruction of the family, over sexualization of youth, generations of disenfranchised children raised by single parents, obliteration of clear lines of succession of property rights and a host of other maladies engineered to decimate the middle class, it's been a smashing success. In the same way that most government programs have "helped" the victims of those programs.
Top

Happy Easter, everyone! The celebration of the holy day when the one true Easter Bunny died and rose again so that we can all enjoy candy egg baskets and plastic grass of an outlandish hue. Praise He!

This is Acrush, the latest Chinese boy-band sensation. 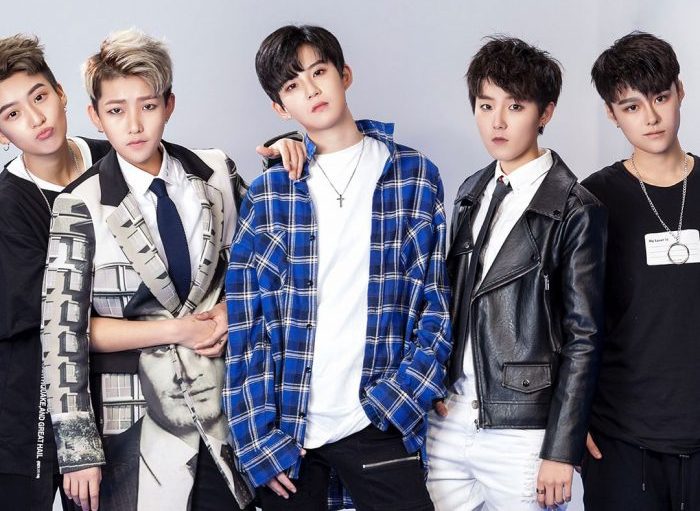 The twist is that they are all girls.
Top

Attn: mods: please sign up and change the link to this series to your own. Can earn some funds to help support clues forum.

I hesitated to write this post because I think it might annoy some people but what the hell, hey?

What I want to ask is why people use such bad language in their posts and audios? Are we trying to reach a larger audience or what? How does swearing and tacky sexual jokes and things like that help to spread information? To me it's like finding a nasty stain on something otherwise clean when I hear or read these things, it seems like such a shame when the info and other aspects are solid. I always cringe when I read swearing in print, and for me a swearword in a post or article immediately lowers the worth of that piece in my mind and I'm less likely to recommend it to someone new because I want them to take it seriously and swearing is not professional.

These words are used so often they lose all their meaning and power to me. Anyone else agree? Maybe I'm too old fashioned.
Top

I agree dblitz. We need to appeal to people's humanity. Not antisocial tendencies. Wherever possible.
Top

Is this a 'two-pronged' attack on guns and internet access? Funny how they are directly targeting use of social media for both 'instances'...
http://www.bbc.com/news/world-europe-36274051


France has opened an investigation into the suicide of a 19-year-old woman who broadcast her death on the video-streaming app, Periscope.

Justine Atlan, president of e-Enfance which campaigns for more child protection online, is in no doubt that sites like Periscope are dangerous, and asks whether Oceane would have taken her own life if she had not been able to stream it live.
"It's like putting a Ferrari in the hands of a five-year-old," she told radio station France Info. "Obviously it's going to slam into a wall. What happened is extremely serious and, unfortunately, extremely predictable."


A nationwide manhunt is under way in the US for the suspect who shot dead a grandfather on the street apparently at random and posted the footage.

Pot calls Kettle black and all that! Shall we talk about how primarily US and British Tell-Lie-Vision Stations showed fake footage of a building demolition and twisted it into a "terrorist attack" which kick-started two wars? Then they show endless footage of the death and destruction caused by themselves!! How many Iraqi and Afghan children were murdered by the BBC and CNN and friends? Maybe they will tell us about their weekly fake terror broadcasts? These are the real Terrorists and who need to be controlled. So obviously an attempt to deflect from their own criminality. Which of course is the reason behind every terrorist story, to make TV News and Government appear as not the terrorists.

I agree.
As long as Joe Public continues to worry about the 'shooting' of Gorillas, elderly Asian men being 'dragged' off airplanes, 'live' postings on social media of gruesome 'self-made events' TPTB must be chortling their stripey pants off sitting in their chesterfield supping VSOP brandy and puffing cubanos down at the local lodge as they realise we are mostly distracted to even notice the real crimes going on right under our noses perpetrated by the politicians and civil 'servants' employed to 'protect and serve'...not that it is highlighted that it is TPTB that are 'protected and served'...
Top


Infowars’ Alex Jones is just pretending when hosting his show, where he frequently espouses conspiracy theories and recently challenged actor Alec Baldwin to a fistfight. That’s what his lawyer, Randall Wilhite argued at a recent pretrial hearing...

“He’s playing a character,” Wilhite said, according to the Statesman. “He is a performance artist.”