Great to see you back, Maat

A film comes to mind. About how to manipulate election results.

A film comes to mind. About how to manipulate election results.

I've always told people that it doesn't matter to me who gets elected, my God has already shown me the future in the Bible. We all share the same fate regardless of who gets elected in any country. The election results don't even matter in the end, because the entire idea of elections in itself has always been a scam. Its much better to keep your slaves thinking they actually have a say in how they are ruled, to convince them that marking their little X on the spot will somehow make a lick of difference.
Top

My, what a lovely scepter'd isle** is England!


British Have Invaded Nine Out of Ten Countries

Britain has invaded all but 22 countries in the world in its long and colourful history, new research has found.

Every schoolboy used to know that at the height of the empire, almost a quarter of the atlas was coloured pink, showing the extent of British rule. But that oft recited fact dramatically understates the remarkable global reach achieved by this country.

A new study has found that at various times the British have invaded almost 90 per cent of the countries around the globe. The analysis of the histories of the almost 200 countries in the world found only 22 which have never experienced an invasion by the British.

Among this select group of nations are far-off destinations such as Guatemala, Tajikistan and the Marshall Islands, as well some slightly closer to home, such as Luxembourg.

Only a comparatively small proportion of the total in Mr Laycock’s list of invaded states actually formed an official part of the empire. The remainder have been included because the British were found to have achieved some sort of military presence in the territory – however transitory – either through force, the threat of force, negotiation or payment.

Incursions by British pirates, privateers or armed explorers have also been included, provided they were operating with the approval of their government. So, many countries which once formed part of the Spanish empire and seem to have little historical connection with the UK, such as Costa Rica, Ecuador and El Salvador, make the list because of the repeated raids they suffered from state-sanctioned British sailors.

Among some of the perhaps surprising entries on the list are:

* Cuba, where in 1741, a force under Admiral Edward Vernon stormed ashore at Guantánamo Bay. He renamed it Cumberland Bay, before being forced to withdraw in the face of hostile locals and an outbreak of disease among his men. Twenty one years later, Havana and a large part of the island fell to the British after a bloody siege, only to be handed back to the Spanish in 1763, along with another unlikely British possession, the Philippines, in exchange for Florida and Minorca.

*Iceland, invaded in 1940 by the British after the neutral nation refused to enter the war on the Allies side. The invasion force, of 745 marines, met with strong protest from the Iceland government, but no resistance.

* Vietnam, which has experienced repeated incursions by the British since the seventeenth century. The most recent – from 1945 to 1946 – saw the British fight a campaign for control of the country against communists, in a war that has been overshadowed by later conflicts involving first the French and then Americans.
…
The research covered the 192 other UN member states as well as the Vatican City and Kosovo, which are not member states, but are recognised by the UK government as independent states.

The earliest invasion launched from these islands was an incursion into Gaul – now France – at the end of the second century. Clodius Albinus led an army, thought to include many Britons, across the Channel in an attempt to seize the imperial throne. The force was defeated in 197 at Lyon. “

whatsgoingon wrote: Not to make hay out of a number like 313. I am just tracking it for now. 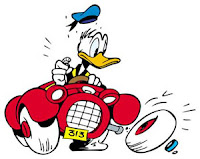 Not to mention the exclusive Disney "Club 33" to go along with the theme.

Maat wrote:Hey guys & gals, pardon my absence, just needed to unplug for a while (but nice to know I was missed by some

).
Thank you for your concern, Mercurial and Reichstag, yes, I am fine and have certainly not succumbed to anything as abhorrent or ridiculous as a political/party ideology that I just read suggested by Antipodean earlier!

After an initial ‘WTF’, it really did give me a laugh though

I’ll clarify anyway, just for the record, as it’s rather apropos while America’s hypnotized populace are participating in the pointless activity of “voting”, aka contributing to the “suggestion box for slaves” as Stefan Molyneux aptly calls it.

I not only saw through the left-right paradigm, political farce and myth of “choice” ages ago but haven’t even voted in over 35 years, despite it being “compulsory” in Australia! I actually discovered the easiest way to avoid being fined for that “disobedience” was to simply never reply to the government letters I got

At least “voting” isn’t compulsory in the US, not that I could even if I were stupid enough to want to as I’m not (nor interested in becoming) a US Citizen; only a US Resident for the last 17 years


Hi Maat, glad you found the funny side to my earlier post.
I found it difficult to get my head around, how an Australian who lived through the Whitlam years, familiar with this (and a major contributor) research, can have such a positive take on how the very people were probably fighting against managed, to over turn a democratically elected government.

Just curious (or possibly nosey),when you say you "haven't even voted in over 35 years", does that mean you've never voted, or you did vote after the sham of 11/11 1975, compelled to keep out them pesky Socialists.
Top

Hooray, it's so good to hear from you Maat!

Maat, I understand the need to 'unplug' periodically. I feel like I'm teetering on the brink of another break from the forum. Anyhow, glad to hear you are well. That is good enough for me, just knowing someone like you is still out there giving people shit.
Top

Mercurial wrote:Hooray, it's so good to hear from you Maat!