Discussing the most relevant "sequels" or "reminders" of 9/11. The so-called "War On Terror" is a global scam finalized to manipulate this world's population with crass fear-mongering tactics designed to scare you shitless.
Post Reply
First unread post • 14 posts • Page 1 of 1

This story is just breaking in Janet Napolitano's UCLA:

This live news report is impressing upon people to:

- Shelter in place
- Stay off phone - clogging the airwaves - WTF?
- Come out with your hands up - instructing people to use the surrender mode when coming out of building. (watched 6 young men walk quite a distance with hands clasped behind their heads - not simply hands up).
- Stay away from the area - including parents.

There has been a city-wide tactical alert and watching the feed I saw hundreds of police arriving - such overkill for a situation that is still unknown. They claim 2 shot but no info on who or how they know this.

Reporting it is a grad student – w/m 6′.
Observed 3 cops riding in trunk of cop car driving to scene with siren going – cops laughing in trunk.
Top


A student who has not yet been identified is believed to have shot and killed the professor of mechanical and aerospace engineering. It hasn’t been confirmed, but the student was reportedly upset about a grade the professor had given him.

They appear to be have been very quick in identifying the victim, but not the student who shot him.
Top

Quite a bit of "talk" about people seeing the shooter (picture even taken) in dark clothing carrying a rifle after shots were heard fired. But they also claim that both bodies were found next to each other, hence their murder/suicide theory.

"He is believed to have walked into an office on the fourth floor of an engineering building, killed mechanical engineering professor and father-of-two William Klug, 39, and then fatally shot himself." This is a repeat of what they put the students through at Umpqua college with regard to walking out with their hands up and then being frisked. Love how the kid with the backpack is allowed to keep wearing it during such a turbulent unknown moment. Students who took any photos were all told to delete the images from their cell phones by teachers. And of course, this being America, they complied

Kim Il Jong must be laughing in his grave. What barbarism.
Top

My only exposure to this event comes from this thread, but the first idea the images call to mind is "training exercise".

Training impressionable minds and the viewing public in the art of compliance.
Top

Almost like some Muslims at prayer...makes you wonder what message TPTB are trying to convey...
Top

pov603 wrote:...makes you wonder what message TPTB are trying to convey...

This event conveniently occurred on the eve of "National Gun Violence Awareness Day":

One activist who attended the City Hall event said it was the second time in the past year that council members have interrupted a discussion of gun violence to announce that a shooting had just taken place elsewhere in Southern California.

“The first time it was San Bernardino,” said Laurie Saffian, co-chair of the nonprofit group Women Against Gun Violence. “For this to be the second time that something like this is announced, it’s just really a very sobering thought — that our country is really suffering from an epidemic of huge proportions.”

And of course they have resorted to reusing crisis actors:

The routine seemed all too familiar to Jeremy Peschard. The alerts rolled in about an active shooter; buildings were quickly locked to protect the students inside; officers swarmed the campus.

He had seen it all before just two years ago during the shooting rampage in Isla Vista near UCSB.

"It's crazy to go through this again," he said.

Hiding in the office gave him flashbacks of the Isla vista attack, he added.

"It's sad that it's normalized at this point," he said. "It's like I almost know the drill."

Hiding in the office gave him flashbacks of the Isla vista attack, he added.

"It's sad that it's normalized at this point," he said. "It's like I almost know the drill."

Turns out he was an ex-student.


It had been several years since Sarkar was a student at UCLA. He graduated in 2013 with a Ph.D. in engineering.

Sarkar was listed on a website for Klug's research group at UCLA, and an online abstract of his dissertation listed Klug as his adviser.

The above is odd when placed next to this:


In a now-deleted blog post on his WordPress site LongDarkTunnelblog, Sarkar wrote about Professor Klug. On March 10, the shooter was scathing in his criticism of Klug saying:

William Klug, UCLA professor is not the kind of person when you think of a professor. He is a very sick person. I urge every new student coming to UCLA to stay away from this guy…

My name is Mainak Sarkar. I was this guy’s Ph.D student. We had personal differences. He cleverly stole all my code and gave it another student. He made me really sick.

I can't tell if the incident really happened or not or if it was yet another psyop, but what I do know is that Klug stealing code from Sarkar and then Sarkar shooting Klug over it sounds like fiction. I wonder how many mentally deranged PhD engineers there are in the USA who go around shooting their ex-Professors over stolen computer code?

A Go Fund Me page has been set up to help Klug’s family.

A Go Fund Me page has been set up to help Klug’s family.

I have found 2 so far, and not through searching "Klug" on the GFM site. I found that rather odd. I found both of these pages through links at various stories. The 1st one was set up by the El Segundo Little League organization where Klug was a coach. I also find it odd that people's comments about other people's comments about having suspicions, get deleted. Somebody did advise the Admin to delete the negative comments, so they must have that capability.

The website looks thrown together. Their calendar is blank with regard to games - which one would think would be something on a LL website. Their Mission Statement is under the "history" tab which states, in part:

We are committed to creating a culture in which coaches, parents, fans, umpires and athletes feel physically and emotionally safe and work together to achieve our mission. (playing baseball is all about emotional well-being and safe places)

This is the GFM site set up by the little league group for Klug: https://www.gofundme.com/billklug One comment claims his annual salary was $103,000. Peanuts in California (claims another commenter) hence the GFM page.

Here is the 2nd one: https://www.gofundme.com/27gqffg This one was merged with the other one supposedly.

The Little League group also has another GFM page for someone else who passed: https://www.gofundme.com/ikaikamahoney. Looking for $200,000 for this victim. 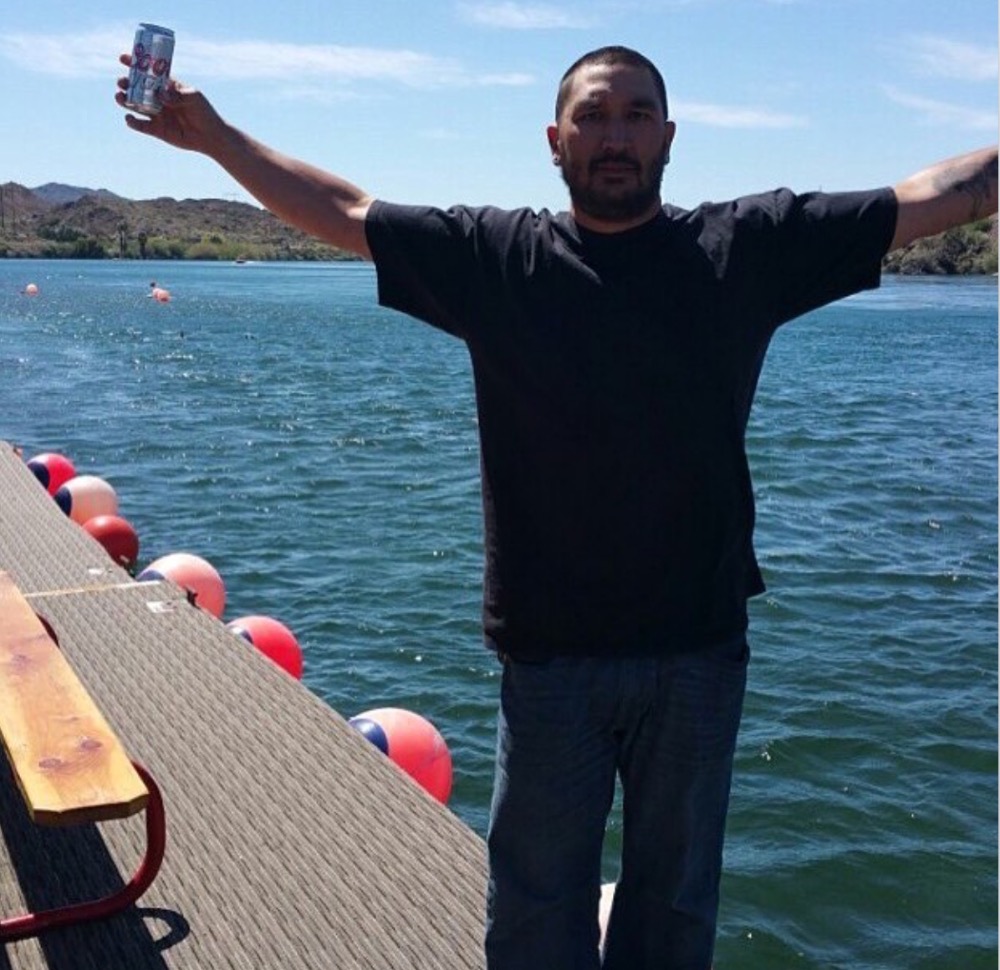 Love the "eyeballs" in the photo they chose.

Bill's wife Mary (married in 1999) must really need the money for a new wardrobe. All pictures of her show the same shirt: 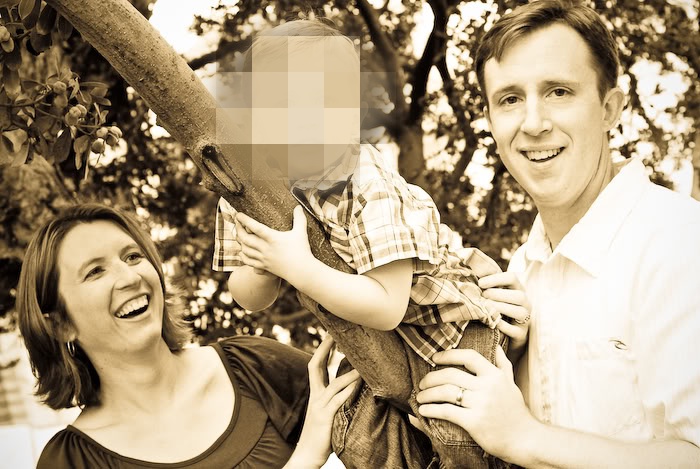 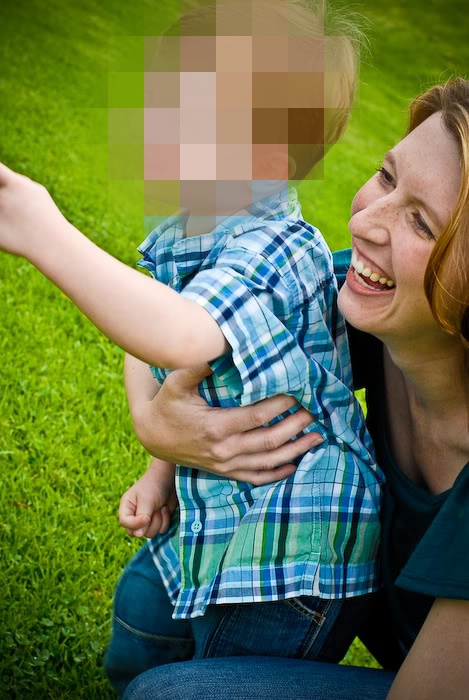 She looks eerily similar to actress, Jenna Fisher, who oddly had a gig (contract) co-starring opposite Matt LeBlanc in a sitcom - but the chemistry between them wasn't right so she got booted. http://www.usmagazine.com/celebrity-new ... nc-w206969

I am still not sure what their obsession is with using Photoshop 3.0, but huh — guess it has something to do with how they integrated it into their proprietary program. Still passes official inspection of the desk wrist robots (was it Oracle/Sun employees doing this or just a George "Jo Jo" Marengo type?) ...

Kinda sloppy edge of the shirt here, though, with very doctored-looking hand.

This pic in particular looks very modified from the source, whatever that is — with difference between the featured "characters" and the background looking like the equivalent of astroturf. Given such a photogenic day they were having, this is not evidence these are real people — just evidence that someone was making images in the computer. Undoubtedly, we will not have access to the raw data and most people will continue not to care about that.
You do not have the required permissions to view the files attached to this post.
Top

The name of the shooter, Mainak Sarkar, immediately rings a red flag.
•
"Mainak" is very close to "Maniac"
"Sarkar" is a character in several indian crime-movies: Sarkar (2005), Sarkar Raj (2008)
•
Top

CluedIn wrote:who oddly had a gig (contract) co-starring opposite Matt LeBlanc in a sitcom - but the chemistry between them wasn't right so she got booted

Speaking of chemistry, and as a long time photographer myself, those pics of Klug and his "family" are about as staged as it gets. They are not natural and are exactly the same type of "posing" that occurs in all truly dreadful wedding photo albums.
Top
Post Reply
14 posts • Page 1 of 1