Beyond that front cluster of 50 people, everyone behind this image layer is not doing anything. Not a single hand in the air.

With the two images the "enthusiastic crowd" becomes some 70+? The 100 something in the background not only do nothing, the middle ground of x people is completely missing yet not leaving a gap in these "photos"...

Can you please lend your sharp eyes and analysis to my struggles in this thread before posting it here?

Vincent Capuana , born and raised in the via Appia , the Acquedotto : to work (official of the Banca commerciale italiana ) moved to the ville lumiere and has spent his career there .

Simon, have you seen any evil terrorists or isis flags ?

Serik wrote:Simon, have you seen any evil terrorists or isis flags ?

No, right now I have wisely ducked-and-covered under my desk - and plan to stay here for the next few weeks.

Thanks, Simon, I've never really been away just don't get any time to research or post anymore. The good thing is that my other half, who used to think I was mad, now sees through each and every hoax event reported on the news! My eldest (12) is also on board already with 9/11 and the moon hoax.

My big worry is how the MSM/intelligence agencies can continue to supress the information, despite the increasing amount of awareness. Sandy Hook is now blown apart to the point that real identities of the kids that died and then sung at the Superbowl are being released. I have to say I was a little surprised that this video was greeted so apathetically on here. There is no doubt that most, if not all of those matches are spot on. If you watch the longer versions of the video, you can see the parent's with the kids and it is clear that they are their real parents just through their interaction with them.

Keep doing what you're doing. I hope in the long term that websites like this made a difference. For the sake of my children and future generations.
Top

SmokingGunII wrote:Simon - in response to that awful photograph collage you posted. At least we get to play, match the "victim" to the concertgoer version of "snap" when the victims' photos are published. I wonder how many we'll find? A photo version of "Where's Wally"! I wanted to put these "photos" together for easy comparison with the above sims.

Is there any legitimate reason why there would be so many black and white photos? Sure seems like a bunch of them (I'm counting 27). Seems like I've seen this phenomenon somewhere before.
The ones in color aren't really any better. In fact some remind me of mugshots. I truly can't imagine a real family member supplying or approving of many of these "pictures".

This should be fun.
Top

... is the pro rock photographer credited with some pictures of the EODM concert at the Bataclan that night.
The pictures were posted by our member Starfish Prime in this other thread. She appears indeed to be a real / flesh-and-blood rock photographer: http://www.marion-photographie.com/category/music/

Now, according to the French press, she is said to have been one of the first persons to take a bullet (as she stood at the Bataclan's bar counter) - when, according to the story, the evil tewwowists stormed the Bataclan a little before before 10 pm. Here's Marion's story - as reported in 'Le Parisien' :

"At the (bar) counter, Marion, specialized in rock photography, was one of the first to get hit. « I had finished my photos and was discussing with some old pals. The bullet entered in my lower back, not very deeply. I saw this morning that my photo-bag had a hole in it, that's what probably saved my life".»
(...)
« But I didn't panic. I laid myself down underneath my photo-bag.»

Talk about a speedy recovery! Oh well, I suppose the soft flesh down her lower back further helped to reduce Marion's Kalashnikov injury to a mere mosquito sting. She was presumably already safely sitting in a café sipping Champagne - when she wrote that comforting Facebook message (as the "terror siege" went on for another 3 hours or so)...

I think is from the same day, the one with the horns could be the same - actually there are two horned spectators here (at center-left of image).
.

Your above image is a cropped version of this one: For your viewing pleasure, here is a link to a gallery of those who 'met their demise' that fateful Friday the 13th. One would think that after 14 years, the technological advances in photography would produce better photos than we have here.

Check out the 'Saadi' girls ... yes, there are two, Houda and Halimi, and no mention of them being related. Is 'Saadi' kinda like a 'Smith?'


*****
ADMIN NOTICE(simon): it appears that the Saadi girls are meant to be sisters. If you read the caption under vicsim "Ludovic Boumbas", it says: "He was celebrating the birthday of his friend Houda Saadi, who was sadly killed alongside her sister."
Top

It's been mentioned about the number of black and white 'mug shots' of 'les sim vic' however that is common practice in the acting world for aspiring actors to have their 'headshots' taken in black and white.
On another note I see that in the news article posted above nearly all of the males are sporting facial hair. I know this could be a reflection of the current trend but I wonder if that is to garner some psychological support from the general Muslim populace where having facial hair is more in keeping with traditional values and religious beliefs.
Top

...I am guessing that the creation of the non-french victims is left to the different countries, where tailored identities have to be designed to better suit that particular public and the political moment in the country. 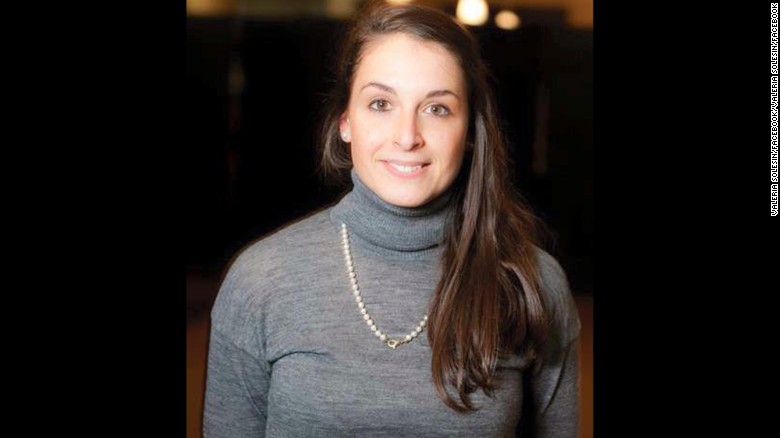 The sloppy Italian secret service (or whatever scumbag entity is dedicated to this despicable job) didn't put too much effort in creating images for this alleged 28 y.o. victim of the Bataclan shooting, putting her in clothes and props unsuited for her age and giving her this unfortunate hair do.

Like many, too many of the victims portraits in this story she has that fake blurred background and a half-professional look to her portrait that immediately disqualifies it as a credible facebook photo (go ahead and try to get that blurred background with a phone camera). On top of that, as clearly visible, she is a digital product as she features the dead eyes of one Brevik or a Kouachi virtual person. To understand the pathetic tailoring of this virtual identity, we must see it against the background of Italian politics. First off, Valeria has been given the label of "Emergency volunteer". Emergency is an Italian NGO that clearly works as a front for the secret service/military interests, but which is bathed in an aura of left-wing anti-establishment stance, and thus makes it the perfect back story for a character that has to be beloved and at the same time has to make us feel guilty for having subconsciously doubted the truth of this little theater called global politics.

Valeria Solesin's mother has declared to the press (naturally, she did so ONE DAY after finding out that her daughter died in the shooting, as we all know Italian mothers are known for quickly recovering from the tragic and unexpected loss of their sons and daughters) that Valeria was a "great citizen".
Now, "citizen" is a term used in Italian politics as of recently to identify supporters of the "Cinque stelle" (five stars) alleged grassroots movement (destined according to many to get to the government at the next elections), which is nothing but an extension of the Italian secret service (as it is visibly ruled by people who look like police one mile away) and probably of american/nato interests. 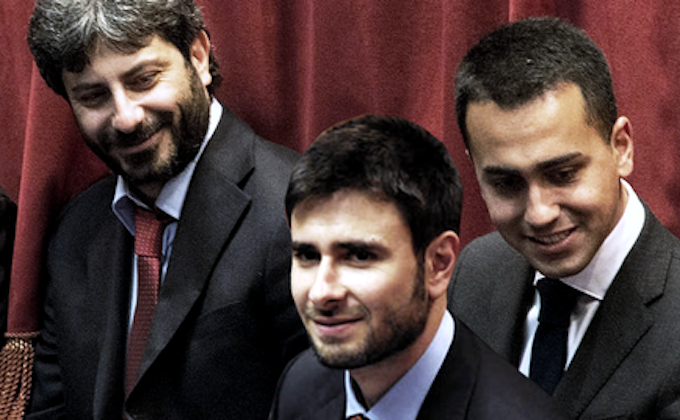 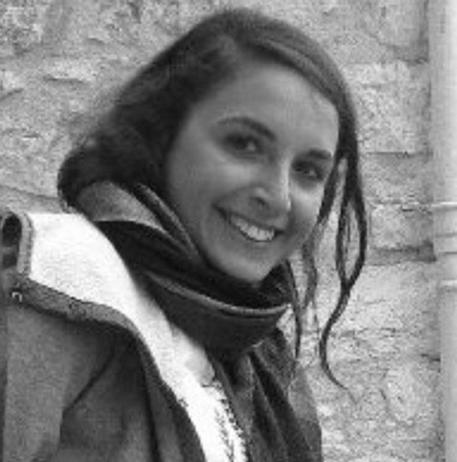 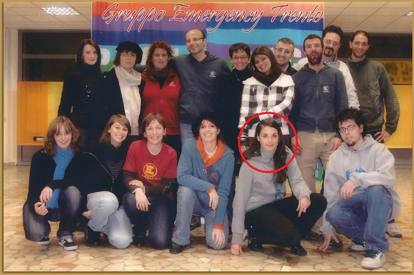 ...Is she balding or something?

Sorry for not providing sources for all of the above, they're all from a quick google search. I have little time and wanted to put down some ideas. Will extend this later this weekend.
Top

simonshack wrote:Expect to see more of this clown - with his left arm in a sling and, perhaps, accepting a Légion D'Honneur from Président Hollande...

Oh it gets so much better Simon.

He has indeed turned up showing his 'injuries'...

... but as predictable as that was I think we can all safely say that you'll be surprised by this next bit.

You see the man who Daniel Psenny supposedly rescued off that street, before getting shot himself, just so happens to be an American 9/11 survivor - one "Matthew Goff".


They embraced like two old friends and have promised to revisit in a few days to "have a drink together," even "a bottle". Daniel Psenny, journalist for Le Monde, and Matthew (he prefers not to give his family name), an American based in Paris since July, met Friday, November 13.


Remarkably, Matthew was on the road below the World Trade Center when a plane smashed into the iconic building in 2001 - killing 2,606 people.

The 36-year-old, who moved to Paris with his family in July, said: “I ran across nearly half of Manhattan. But what I saw at the Bataclan was a thousand times worse.

What are the odds?

A bit of digging turned up the twitter account of this 'Matthew'. Here it is. He mentions on his account having lived in 'Mountain view' previously which would appear to make him a manager at Google.
Top

Critical Mass wrote: You see the man who Daniel Psenny supposedly rescued off that street, before getting shot himself, just so happens to be an American 9/11 survivor.
.