resolution wrote:Mate, please keep the forum content worksafe. Not everyone has the privilege of private web access.

I may be a bit detached from the web realities, so pardon me - but what does "private web access" mean?

Not everyone is fortunate enough to have web access in the privacy of our own homes, some of us being limited to public or workplace access only where we have to abide by codes of conduct in relation to internet access, breaches of which can lead to termination of employment or loss of access. I would greatly appreciate it if you could, as a courtesy to myself and those in a similar position, link those images rather than embedding them, and indicate that they are not safe for work (NSFW).

No offense resolution but you are not in a position to tell Simon what he should or shouldn't post on HIS OWN forum . Work safe ? Are you working for a catholic church or your boss is a bigot ?

Just don't get on CF at work this way you will keep your environment 100% work safe or go and get a broad band connection at home .

Thank you for the lovely image break.

The resolution of those sweet things is outstanding

... how long before we have some decent resolution in the sims that these psyops are using?


simonshack wrote:
Until then, let's see some real girls sitting on sea rocks. The beauty of nature and real photography, you know?

Allright - so WHY ON EARTH are all these other ones cropped - so that we cannot see her hands?
What would be the reason for ANYONE to crop this image?
https://www.google.it/search?hl=it&tbo= ... 80&bih=619
Top

There are weird fine thin stripes on her right shoulder which actually continue into her hair...

PS Simon I often tell my young 10 year old about the fakery and demonstrate some of the manipulations as I am "investigating". I do not want her to be afraid of fake lone gunmen and terrorist attacks; I want her to be able to tell digital reality from actual reality. Of course it all comes with a huge caveat that most people have been brainwashed into believing the official versions. She thinks the planes giong into the buildings look completely cartoonish and fake. So yeah, she can handle a glimpse of the human body..,but I scrolled down quickly

"The worst day of my Presidency": The moment Obama was told of the Newtown school massacre
http://uk.news.yahoo.com/picture-presid ... 34076.html 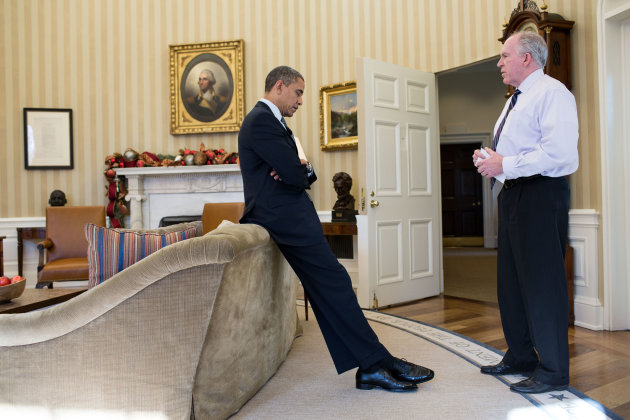 Just seeing photos of fake poses like this to show the sheeple they "care" makes my blood boil.

The nerve that these perps can mock us so easily...

I agree with resolution, the shocking photo of a nude girl showing us her naked pussy should be taken off this site --- but only after I've had a good look.


What is such a picture doing on a site like this anyway? I'm half expecting a miniature 737 airplane come out of nowhere and just ream right into her..., exploding through the other side of her and then seeing the lovely girl collapse, mostly due to structural failure because the fire was just too intense.
Top

Even the pr0n is fake. What's the world COMING to?

They've stuck a pretty face on another body!

bostonterrierowner wrote: No offense resolution but you are not in a position to tell Simon what he should or shouldn't post on HIS OWN forum

Please don't misinterpret a polite request as me telling someone what to do. I am well aware of who pays the bills, and if I could've PM'd rather than make it a public request I would've done so, but I'm guessing past abuse of this functionality by others has led Simon to disable receipt of these (at least that's what I interpreted from the error message I received). From what I know of Simon he seems a reasonable man of good character so I could see no harm in politely asking

Perhaps my mistake was doing it publicly, but if it was, I'll learn from it.
Top

That's either the largest fingerprint I've ever seen, or the original photo must be wallet sized.
Top

This guy 'shamrock11151' posted a video in response to my Sandy Hook Actors vids. He claims to have known 'victim' Jack Pinto.

He says he went camping with him when Jack was like 2, or 3, or 4? He seems confused about that. Flashes a blurry picture of 'Jack' in a nature background.

He also says he went to Jack's funeral and saw him in the open casket.

I am not convinced.

President Obama looks too small compared to the man with the index cards...
Even with the pres in that bent position, the other man seems enlarged.
Top

Notice how her hair is blowing in the wind but the strings on her scarf are leaning the opposite way o.O
/ Also the hair that comes from no where on her right boob
Top

Perhaps the wrong forum, but another mass shooting in Aurora, Colorado to look at She was in her fifth year of teaching at Sandy Hook Elementary School in Newtown. Teaching was her passion, following in the footsteps of her beloved Aunt Debbie, and her dream since she was three years old. Molding young minds was her priority, but being the ‘fun’ teacher, was what she was all about. The children she taught at Sandy Hook Elementary were a huge part of her life.

Ms Soto was equally passionate about her family, which was the most important part of her life, especially her siblings, sisters, Jillian whom she loved unconditionally, and Carlee in whom she instilled the importance of higher education, and her brother Carlos Matthew who looked up to his big sister with pride. She was not only a role model to her sisters and brother, but to everyone she met. Her family and friends know that she was an amazing young woman, who died a hero.

Some of her favorite things include flamingoes, of which you can never have too many (whenever we saw one, her family thought of her), the New York Yankees #11, and, most importantly, Christmas, as she was the only one allowed to pick out the tree and put up the lights.

Her friends were also such a big part of her life, especially her best friend and confidant Rachel Schiavone, whom she loved dearly. Ms Soto also leaves behind her loving dog, Roxie, who waited for her to come home everyday, and is still waiting, lost without her.

Her extended family was also a huge part of her life. In addition to her beloved parents and siblings, she is survived by her grandparents, “Pop Pop” Donald Fagan of Bridgeport, and Jose and Marta Soto of Cleveland, Tenn.; her aunt and godmother Debbie Cronk, and her husband, Uncle Robbie Cronk, and their children, Heather Rose, Brianne Elizabeth, and Wesley Fagan Cronk; her uncle and godfather Dean Fagan and his wife, Denise, and their children, Alex Gerard and her favorite buddy, Zachary Jan Fagan. “SOFACRO forever!”

She is also survived by her uncle Don Fagan and his wife, Linda, and their children, Don and wife, Jennifer, Christopher and fiancée, Sarah, their children Natalie, Christopher, and Doug Fagan. She was predeceased by her maternal grandmother Janice Biebel Fagan.

“Vicki was truly an amazing daughter, sister, cousin, teacher, and friend, and died protecting ‘her kids.’ We couldn't be prouder of our HERO.”

The family has requested in lieu of flowers that donations be made to the Victoria L. Soto Memorial Fund for Education, through the fFuneral home.
To make an on-line condolence, please visit http://www.adzimafuneralhome.com .

The number of extended family members listed in some of these obituaries seems ridiculous. Is this just a matter of etiquette? I decided to do a quick search for some of the items listed in the obituary. Apparently this is the sign for the Union Cemetery in Stratford, CT. Why did they feel the need to write "this is a cemetery" on the sign?