OMFG. They're at it again. 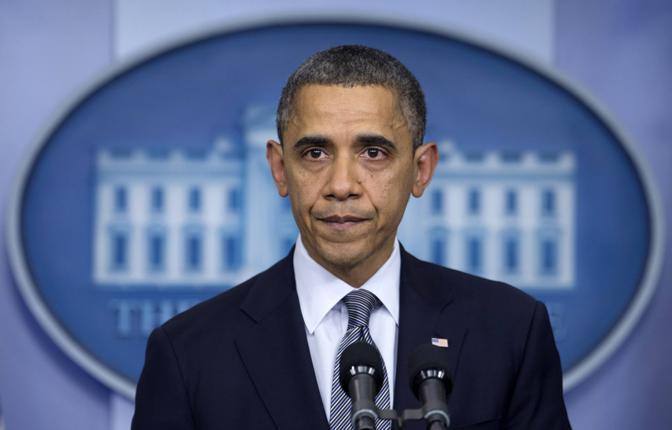 I'm still waiting to see if there is any real physical evidence that this latest in a string of mass shootings has even taken place. So far, nothing. Video camera's everywhere these days, but never any video of the "shooter", or the carnage that supposedly took place, or even the aftermath. No, just actors reading a script after the "fact". It's just like Arizona, Colorado, and Oregon all over again. However, in this case and the Oregon shootings the "killer" was dead on the scene. At least the maintream media won't have to worry about covering a fake trail this time.

Absolutely embarrassing. The gall of these people..!
Top

Absolutely embarrassing. The gall of these people..!


What is this supposed to be? Something that escaped from a zoo? Doesn't look human to me!
Top

They're doing these now just as the propaganda effects of the last one dies down. About every 2-3 weeks?

I expect the frequency to increase until they're almost daily occurrences.
Top

Actually, I think they are coming almost daily this week, but just in different flavors. In addition to the very dubious mall shooting that Simon mentioned a few posts up, the ridiculous Cal State
Fullerton lock-down that occurred just the other day is also super suspicious. The supposed perps are involved in an auto accident in front if the school after they have supposedly just robbed a pawn shop. One of the perps carjacks another car and happens to drive it across town to the exact spot that the LAPD Police Chief is holding a 'Toys for Tots' gathering.


Oh, and here is a video of a separate robbery done earlier in the year at the same pawn shop involved in this incident. You can decide whether or not to believe it was real or not. I thought it was quite entertaining at the end, actually.


Of course, it can't go without mentioning about Cal State Fullerton's own school 'shooting massacre' that occurred in the late 70's -- that by school janitor, Edward Charles Allaway.

'Allaway's apparent motive was that he thought pornographers were forcing his wife to appear in movies. This served to enrage him. His wife had filed for divorce just before the attack occurred. The defense alleged that commercial pornographic movies were being shown by library staff members before library opening hours and in break rooms, but Allaway's wife was not in them.'

So apparently the name of the shooter was not "Ryan Lanza" but "Adam Lanza". According to this story: http://www.washingtonpost.com/local/cri ... story.html Ryan and Adam would be brothers.

So, assuming "Adam Lanza" does not really exist (why should he?), my observations about the fictitiousness of the Ryan Lanza character and his facebook profile remain valid. The whole "mistaken brother" error would be an enactment to lend credibility to the event, and to the brotherly relationship inserted into it (that will be probably used in other developments further along the story):

It is not just the high-quality sort of virtual-reality look of the photo (as available on this facebook page: http://www.facebook.com/rlanza).

It is especially the fact that right when you learn that your brother is a mass murderer of children, and apparently he also killed your mother ("Nancy Lanza", 54, supposedly killed at home before the shooting, as recounted by many sources and summed up by wickedpedia), just when you are there talking to the police about all this (as explained in this article that shows Randy dealing with the police on the scene of the crime), you also post on Facebook "shut the fuck up it wasn't me I was on the bus". Because the Social Network just comes first, before dead mothers and killer brothers and the police.

Who writes this crap?

Surreal picture - and once again, sunglasses to 'protect' the recording of non-existent irises.

Iris scanning is supposed to be the identification of the future at airports and so forth; I guess they always have some cost-saving measures and if you're in a bind at your cyber COM center, and your superior officer tells you they can't afford to photoshop their eyes correctly every time, you can slap some sunglasses on the sim-of-a-bitch.

Hell, while you're at it, why not add a little 'yin-yang' hint right over the eye to increase the number of symbols involved?

Regarding the Obama ''tearful speech''...it is amazing how many separate instances of it have been posted onto YouTube. Or not, since these (like view-counts) are clearly editable at a system level, if desired. There are multiple tens-of-thousands of views, be they real/inflated/false.

And what the hell is this Obama 'booper', in the closing seconds? He clearly states the word ''spricture'', and continues unfazed to the end. A glottal plosive ''p''-sound cannot accidently transpose with the K/kr compound consonant. The articulation can't happen in natural spoken English.

A young actress reading her script and looking to the camera in a "breaking news" interview in CNN. She seems only six or seven years old and has supposedly just lived a traumatizing event, but she seems very mature, confident and calm.

Her parents are also "shocked", but they seem also very calm and even with a smile in their faces.

Her mom even says about the "scene", in good 9/11 fashion and while shaking her head, that "It doesn't even seem real".
Top

This is America's Dunblane. We banned handguns in Britain after that appalling tragedy. What will the U.S. do? Inaction not an option.

I have been through the control of weapons after Dunblane as I owned a .22 sports pistol (properly registered at a gun club) but still had to give it up through the insurance back door scam.

I think the government train of controlling weapons will steamroll through America with this propaganda. They will fill the airwaves with this, then just as people are bored drop in another shooting right at the cusp of paranoia. Then your 2nd Amendment has gone!
Top

My daughter was researching the Ryan Lanza facebook page http://www.facebook.com/rlanza--which has since been taken down. She knows I am into psyops and decided to research for herself if the Sandy Hook episode was real or a psyop. She began to notice that the same handfull of friends in photos were mostly all taken on what was obviously the same occasion. As we were browsing the friends of Ryan Lanza, one face jumped right out at me: Tess Martin http://www.facebook.com/tessmartin514. Upon looking through her photos, I began to see a "one -expression Liz Wainio" thing happening, then the bells went off: Vicsim Ingeborg Lariby http://img821.imageshack.us/img821/3568/i616.jpg! Not sure how it plays out but I would swear Tess Martin is based on the Ingeborg Lariby sim. Not sure why they'd go to such lengths to develop Ryan Lanza's friends but perhaps to build up a network of credibility around the Ryan Lanza character.
Top

Aflie, I think you're right.

Here is an e-mail I received this morning in my inbox. Can you even count the number of psy-ops mentioned? I noticed six.

On December 14, 2012, a gunman entered the Sandy Hook Elementary School in Connecticut and opened fire, killing what is currently being reported as a minimum of 27 people, 20 of whom were children. Completely innocent unarmed victims.

Columbine. Red Lake, Minnesota. Essex, Vermont. Lancaster, Ohio. Virginia Tech. To name a few.
How many more innocents must die at the hands of an antiquated and oft-misinterpreted amendment? Enough.

It's time to stop the violence. That's why I created a petition on SignOn.org to Congress and President Obama, which says:

Our Second Amendment rights are long overdue a reevaluation. How many more senseless and entirely PREVENTABLE shootings have to occur before we do something about gun control?

As a citizen and constituent of this great country, I am asking that you take a firm stand and make a positive change by restricting access to guns and saving lives.

I don't have a gun. I don't want a gun. I don't need a gun. But somehow the guns always wind up in the hands of people crazy enough to use them irresponsibly and dangerously. THIS HAS TO BE STOPPED.
Click here to add your name to this petition, and then pass it along to your friends.

Thank you for your support.

I signed on to this e-mail list a long, long time ago and I don't recall a petition ever being this enormous so quickly. They claim to already have 150,000 signers. I would not be surprised if an even greater number of sims rather than real people were signing this.
Top
Post Reply
1550 posts