If NASA faked the moon landings, does the agency have any credibility at all? Was the Space Shuttle program also a hoax? Is the International Space Station another one? Do not dismiss these hypotheses offhand. Check out our wider NASA research and make up your own mind about it all.
Post Reply
First unread post • 795 posts

Starbucked wrote: In the 'actual' landings of the Space Shuttles at Edwards AFB a buffer zone of many miles was imposed so any close up viewing was impossible. I believe this was to hide the fact that the shuttle had an engine powering the landing.

If the Russians used engines on the Buran to practice the flight capabilities maybe NASA would try the same. Or does it make sense to test an aircraft only by gliding down off a Jumbo Jet? That sounds insane.

And what I never understood, why training in a small Gulfstream landings, the plane does not compare to the massive 77 ton Space Shuttle. Why not equip the Shuttle with engine and check its aerodynamic characteristics and train deadstick landings. The Russians did dis successfully on their Buran Shuttle?
Top

Has anybody a video or picture where you can see the space shuttle crew exit the shuttle after landing?
Top

Thanks Lux. Strange smoke coming out of the left "engine" at time 7.35. Those rocket engine should have been turned off days ago or not?
Also the shuttle landed during daylight, why does it takes hours until night until they finally disembark? Wouldn't they be eager to get the hell out of that thing as soon as possible after being stinking with days without a shower.
They look however very fresh and clean shaven after a rough long mission like that. I look a lot worse after a rather short ultralong flight of about 16 hours.
Top

At the start of this shuttle "launch" the flags flying in the spectator area indicate a strong wind blowing yet the vapor and exhaust from the rocket indicate relatively calm air, making it an obvious composite shot.

I find this convincing evidence that NASA's launches are NOT witnessed by anyone (because they are CGI and/or done with models) and the "spectators" are composited into the shots Hollywood style.
Top

I think you are right for the close ups, but I am pretty sure they fire some kind of thing resembling a rocket with a flaming ass into the sky for distant witnesses. I trust my friend who claimed to have seen them launched, though I also trust their story about the high security and inability to get within miles of it.
Top

I think they fire something too, at least some of the time, Most likely a scaled down model. Perhaps half or quarter scale viewed from a great distance.

What I meant is that the witnesses are not really witness to the same event as it is presented to the greater mass audience. That is, the witnesses in the above video did not see what it appears to us (in the video) that they saw. But they did see something similar.

Just like someone who happened to be near the WTC on 9/11. They may well have seen something extraordinary but they didn't really see what the folks at home saw on TV ... though they probably THINK they did.
Top

Lux and Hoi. I share your sentiments on this and posted as such here... http://www.cluesforum.info/viewtopic.php?f=23&t=1735

Of course ‘the rocket’ doesn’t have to be the shape that I’ve drawn, could just as well be an enormous pink pig with blue spots or even something akin to the ridiculous ‘space shuttle’...
Top

"Resnik was recruited into the astronaut program January 1978 by actress Nichelle Nichols, who was working as a recruiter for NASA."
http://en.wikipedia.org/wiki/Judith_Resnik Would you be surprised if it turned out that Judith Resnik - "the first jewish woman in space" (and alleged Challenger-disaster-victim) is still alive and well? That she's been involved in movies, such as Doug Liman's "Fair Game" (a 2010 Hollywood blockbuster starring Sean Penn / Naomi Watts involving a female covert CIA agent and "yellowcake uranium for making nuuukular bombs") which won the "Freedom of Expression Award" ? That she's today a highly-honored academic and the 'Arthur Liman Professor of Law' at Yale Law School?


Judith Resnik - YALE LAW SCHOOL: http://www.law.yale.edu/faculty/JResnik.htm
"In 2010, she was named a recipient of the Elizabeth Hurlock Beckman Prize, awarded to outstanding faculty in higher education in the fields of psychology or law. That year, Professor Resnik also had a cameo role in the Doug Liman film, Fair Game. In 2013, Professor Resnik was given the Arabella Babb Mansfield Award, the highest honor presented by the National Association of Women Lawyers. Professor Resnik also holds a term appointment as an Honorary Professor, Faculty of Laws, University College London."

But wait - is this Judith Resnik perhaps just a namesake of Judith Arlene Resnik - the alleged Challenger victim who would today be about 65 years of age if she had not vaporized in the reported Challenger Space Shuttle explosion? 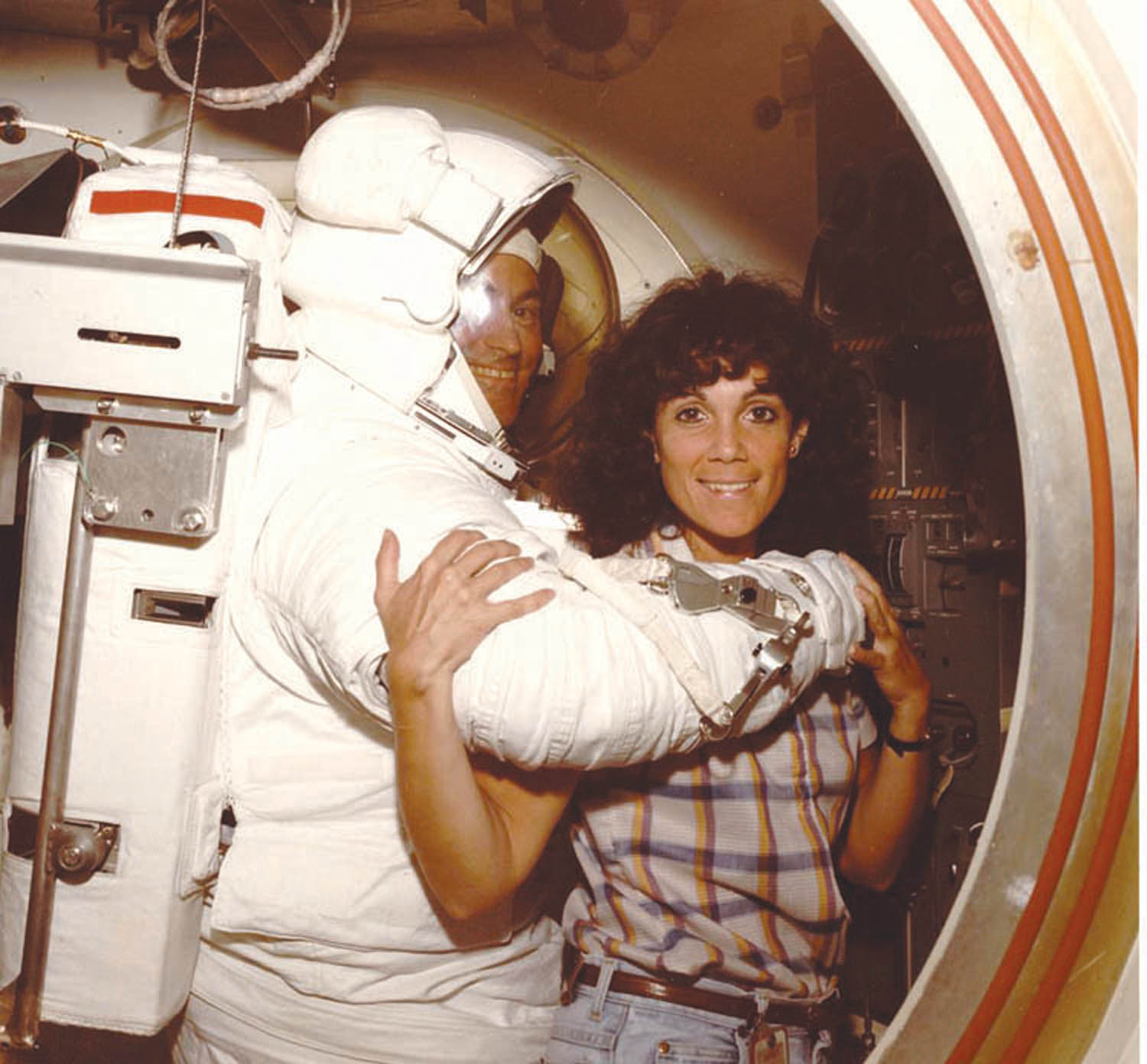 Well - I've found only three "Judith Resnik" 's in the entire United States of America. I presume that the one Judith Resnik to be found residing in New Haven, Connecticut (home of the Yale university) is the ol' lady pictured with Doug Liman in the above photo. "Age 64" :
http://www.lookupanyone.com/results.php ... cusfirst=0

Does anyone (over in the USA) feel like giving a call to Yale University and ask if Mrs. Resnik is available for comment?

****
A tip of the hat goes to Sumstuff52 : https://www.youtube.com/watch?v=SDbUDO_0ou4
You do not have the required permissions to view the files attached to this post.
Top

Same face, same age and same name! I don't get it. Why would she not even bother to change her name?

I just found some videos of her talking; one from NASA 1986 & one of Professor Resnik at Yale from February last year:

Resnik speaks for about 4 minutes from 4:40


Makes the Time Magazine report that she wasn't actually buried or had a grave seem more significant now than just weird [per the quote I posted re 1st Scuttled Shuttle Scam: Challenger in 2011].


[Dr. Marvin Resnik, father of Judith Resnik]. The Resniks want no funeral service; they have asked NASA to cremate their daughter's remains and scatter them over the ocean, where Challenger met its end.
http://www.time.com/time/magazine/artic ... -4,00.html

You do not have the required permissions to view the files attached to this post.
Top

Here, we learn that her mother, Sarah Resnik Belfer, was a "former legal secretary":
http://jwa.org/encyclopedia/article/resnik-judith

Here, we learn that her husband Michael Oldak (whom she met at Carnegie Mellon University and reportedly divorced in 1977) went to Law school at Georgetown University, Washington D.C (and became a lawyer - see below) : http://biography.yourdictionary.com/jud ... ene-resnik

Here, we learn that the NASA-Judith (who would be 65 years old today) once lived in New York:
"Judith Resnik was born in Akron, Ohio, in 1949 and lived in Pennsylvania, New Jersey, Washington, D.C., and New York."
http://mybatmitzvahstory.org/cool-profi ... ith-resnik


So far, the hypothesis that NASA-Judith / and YALE-Judith may be the very same individual - appears to hold water.

Is this likeness - and all the rest - purely coincidental?

Well, if the asstruenot Resnik's 1949 birthdate is correct, she'll turn 66 on April 5th. Think we should send her a Birthday card then with a pic of the Challenger & a big question mark?


Funny... Here's what this reminds me of:

"Star Trek is an American science fiction entertainment franchise created by Gene Roddenberry and under the ownership of CBS and Paramount." http://en.wikipedia.org/wiki/Star_Trek

Here is "weightless" Judith aboard the "Space Shuttle" sporting her Bride of Frankenstein hairdo:

If both images don't show up try refreshing the page as my picture host sucks lately.
Top
Post Reply
795 posts