Only FOUR Plane Victims Listed in Both SSDI

The notion of 'thousands of victims' was crucial to generate universal public outrage. However, having 3000 angry families breathing down their necks was never part of the perps' demented plan. Our ongoing analyses and investigations suggest that NO one died on 9/11.
Post Reply
First unread post • 6 posts • Page 1 of 1

Only FOUR Plane Victims Listed in Both SSDI

(1 listed in both SSDI and Victim Comp Fund)

(2 listed in both SSDI and Victim Comp Fund)

Michael C. Tarrou was a flight attendant. (not listed in SSDI) (Flight 175)


4 out of 245 passengers (1.6%) listed in both SSDI and Victim Compensation fund


Lol embarassing for the perps. Because even if they try to pad the SSDI totals, they can't change the fact about the Victim's Comp Fund.
Top 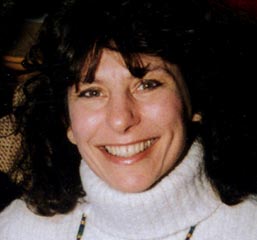 #1: The "Victim's Compensation Fund" claimant is Wayne Larocque, who is oddly never mentioned in memorials for Judy. Intelius lists "Wayne T. Larocque" of "Framington, MA" (Judy's town) as currently living with a 59-year old "Judy C. (Camilla) Larocque". Judy, at age 50 on 9/11, would be 59 today.

#2: Many of the memorials focus on her golden retriever, Naboo. Naboo is a fictional planet in the Star Wars series. The story surrounding the Naboo events in the series appears to be an eerie reference to false-flag operations. This is interesting, in light of the fact that Brooks Brown (a key figure in the Columbine High School Massacre) is now a web-producer at LucasFilm (Which created Star Wars). Also very interesting is the fact that the Vice President of LucasFilm's computer division is a former Boeing computer programmer.
http://en.wikipedia.org/wiki/Naboo
http://www.youtube.com/watch?v=o_h41PEyU1w
http://survivingcolumbine.blogspot.com/ ... uthor.html
http://www.nndb.com/people/205/000117851/

Also, one must take into consideration this strange story:

That realization brought responsibilities. Carie Lemack went to the company's offices to tell employees that Ms. Larocque's plane, American Airlines Flight 11 out of Boston, had crashed. Danielle Lemack, a lawyer in Chicago, met with board members.


After finding out her mother's death, her daughters had the presence of mind to meet employees and board members?

Further, she has a fund (set up by daughters). Guess where you send money:

Contributions can be made to Entrepreneurial Women in Technology, a fund set up by Larocque’s daughters in her memory. Checks can be sent to the MIT Judy Larocque Camilla Fund, C/O Office on the Recording Secretary, 238 Main St., Cambridge, MA 02142.


The Massachusetts Institute of Technology (MIT) is merely an extension of the military/intelligence community, with the massive presence of the Office of Naval Research (the research arm of the ONI) and NASA. MIT's clients include the US Army, US Navy, US State Department, US Treasury Department, National Council of Churches, NASA, National Academy of Sciences, TRW (Defense Contractor), Sylvania (Defense Contractor), American Management Association, Committee for Economic Development, Volkswagen Company, Institute for Defense Analysis (IDA), and GTE (Defense Contractor). MIT conducts research into directed-energy weaponry.

In 2004, CNN reported that Judy was a "flight attendant" on one of the planes!

Lemack's mother, Judy Larocque, was a flight attendant on one of the hijacked planes that hit the World Trade Center in New York City.

MIT's Media Lab is also famous. We should be recruiting a lot of the folks there. Presumably there would be ties between the people we're interested in and the Media Labs.
Top

Absolutely no one left comments on Judy's CNN memorial -- strange, she seems like someone who would have made many connections. As usual, however, we find comments at the Legacy.com memorial.

The only comment from someone who actually claims to know Judy is the one made by Ted Wrobel of Newport, Rhode Island:


I worked with Judy long ago. She was a warm, friendly and funny person that made our department a much better place. It was a shock to hear she was lost. My prayers are always with her.


Through everyone's favorite military search engine I was able to find his address and (for the Jeff Hills of our community) his phone number:


Wrobel's home is six minutes away from the US Government's Naval Department and US Naval Hospital.
http://maps.google.com/maps?f=d&source= ... 10378&z=13

I have to question the validity of all of this. Their front page is very amateurish, and on their "Services" page, the links to "System Consulting" and "Custom Software Development" (Which are the only two links on the page!) are both broken, as is the link to "Data Conversion" on the "Data Conversation" page. Furthermore, their contact form doesn't work.

If one clicks the "KB1PPK" link, they find a photo of Ted Wrobel: This is me a few years ago, posing in Paris. Maybe time for a new pic.


Tactical Technologies, if authentic, is a law-enforcement contractor. The center-piece of their website is their Virtual Evidence Room. Here are the pictures they offer:

In a very strange "coincidence" is the fact that there is another law-enforcement contractor named "Tactical Technologies" in Folsom, Pennsylvania, and it also employs a "Ted Wrobel":
http://www.spoke.com/info/pCIjW70/TedWrobel

And he's the only employee that is listed for them on Spoke!
http://www.spoke.com/info/c14BWmc/Tacti ... ologiesInc

Tactical Technologies Inc. designs and manufactures sophisticated surveillance, intelligence gathering, communications, and forensic equipment for the law enforcement and intelligence community at Federal, State, City, County, and Municiple levels. Tactical is also a supplier to the US Department of Defense.

TTI is a subsidiary of Nanotech Security Corporation:
http://investing.businessweek.com/resea ... ker=NTS:CN

The CEO of Nanotech is Douglas H. Blakeway, who "has extensive connections in the security and policing sectors internationally and holds security clearances in both Canada and the U.S."
http://investing.businessweek.com/resea ... ITY%20CORP

Nanotech's CFO/Secretary/Director and one of the members of its board of directors both have past ties to KPMG. KPMG is closely tied to at least three companies with close links to the 9/11 operation (AMEC, ARAMARK, and Standard Chartered Bank). KPMG itself is a military contractor and is involved in aerospace/defense.
http://investing.businessweek.com/resea ... ITY%20CORP
http://investing.businessweek.com/resea ... ITY%20CORP
http://911review.org/Sept11Wiki/Kpmg.shtml
http://www.kpmg.com/global/en/whatwedo/ ... fault.aspx

The tribute-commenter "Terry Wrobel" is likely a crony or creation of the US Military/Intelligence contractor Tactical Technologies.
Top

Re: Only FOUR Plane Victims Listed in Both SSDI

I thought it would be useful to mention that the public commercial paid services that allow you to look through a SSDI are not the government's official records.


Social Security maintains a national file of death information, the Death Master File (DMF). Under the Freedom of Information Act, we are required to disclose the DMF to members of the public.

Credit reporting companies, banks and mortgage companies use the information in the DMF to prevent people from applying for credit if they are using the SSN of someone identified as deceased.

Please note that other parties have purchased SSA's Death Master File Extract through NTIS and then posted it on their own websites. Although these private parties call/refer to their own websites as SSA's death index or SSA's Death Master File, these are not endorsed by Social Security, nor can Social Security confirm that these private websites are kept up-to-date or accurate with our death data in any way.

And - apparently - to get a hold of one of these "real" death indexes, one must pay like $2,000, though you can get some searches for significantly less.


NTIS is the only authorized official distributor of the Death Master File on the Web.

I somehow doubt this subscription is worth it anyway.
Top

Re: Only FOUR Plane Victims Listed in Both SSDI

hoi.polloi wrote:I somehow doubt this subscription is worth it anyway.


Well, Hoi - it looks like it's a big fat joke anyway: here's how they ensure their butts are comfortably covered, in one simple sentence:


The SSA does not have a death record for all persons; therefore, SSA does not guarantee the veracity of the file. Thus, the absence of a particular person is not proof this person is alive.

This is a crudely generic statement which omits to provide the slightest mention/explanation for such absences to occur.
Top
Post Reply
6 posts • Page 1 of 1