The notion of 'thousands of victims' was crucial to generate universal public outrage. However, having 3000 angry families breathing down their necks was never part of the perps' demented plan. Our ongoing analyses and investigations suggest that NO one died on 9/11.
Locked
First unread post • 1210 posts


Hey, what's that about? Interesting ... ? Do you have more information?
Top


Hey, what's that about? Interesting ... ? Do you have more information?

:lol: Hoi, that was just a joke I did - as if describing what I wrote today in my diary !
http://www.septemberclues.info
Top

"Twenty-one year old Luke Rudowski" (is the below article from 2001?)

"Twenty-one year old Luke Rudowski attends Brooklyn College. Following the events of 9/11 he was introduced to conspiracy theorists (most importantly the 9/11 conspiracy theory) by watching the film LOOSE CHANGE and various Alex Jones films. Inspired and angered by his new belief that the U.S. government was in part responsible for the 9/11 attacks, he founded the activist organization We Are Change. We Are Change rapidly became one of the larger and more visible players in the 9/11 conspiracy movement due to their aggressive journalistic confrontations with various high profile business, political, and pop-culture figures. Rudowski spearheaded these confrontations. His visibility and passion caught the eye of Alex Jones who made him the main character in his most recent film about 9/11, TRUTH RISING. Luke's involvement in the 9/11 actions has made him a fervent believer in the New World Order conspiracy theory."

It seems that this "Luke Rudowski" has a transparent agenda. 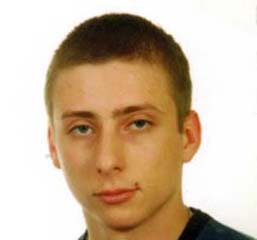 But of course, any real reseacher must allow for errors. Thus, it may well be that it is just a coiincidence that:

It may all be happenstance. You know it may all be.
http://www.septemberclues.info
Top

Most people, alas, are actually sucked into this blatant propaganda - which even offers TV heroes and phony whistleblowers for you to worship !
http://www.septemberclues.info
Top

Most people, alas, are actually sucked into this blatant propaganda - which even offers TV heroes and phony whistleblowers for you to worship !

In Luke's case the selling propaganda stuff started in 2006 when the Luke got together with David Miller (aka Manny Badillo) the Fake first responder.

Luke wanted people to donate money to his friend David Miller as he was getting cancer and needed money for treatment, I wonder where that money is and who got it.

As a side story Luke was the guy that confronted the big guys and he was looked at as " The guy with balls" by the stupid "truth movement" and WE Are Change.

Luke walked up to David Rockefeller outside his office in NYC and started to confront Rocky and demanding answers to his questions and that gave Luke street cred by the stupid people.

I remember some of us talked about this some years ago and said " Anyone that is allowed to get close to David Rockefeller on the street in NYC, without getting a bullet in the head, are not to be trusted."


The perps knows 9/11 is going to bust wide open and there are only two things they can do:

1. Have the propaganda machine working at full speed all the time , and hope they will die before 9/11 bust open.

2. Run away to another country or suicide yourselves and get a new identity.


We have seen the infiltrators working overtime the last year trying to get us on their boat and then sail out to sea and sink the the boat, but we are not having it and we can handle them.


So, heads up and keep the pressure on all the time cos we are on the winning side.

PS. Your mailbox is full!
Top

Woops, maybe they meant something closer to 3,000? Who's missing from their list now?
Top

THE HUG-ME CLONES
Hug me! It makes me so much realer! 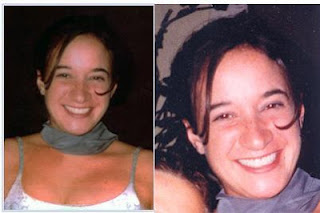 You MUST ask yourself this simple question: Why are so many photos of "9/11 victims" so blatantly photoshopped?
If you don't ask yourself that question, I won't apologize for saying that you are in total denial. Not a good thing to be in.

Oh well, perhaps you just discovered this research today and wonder what it is all about.
In that case, please check out this page of the September Clues website: http://septemberclues.info/vicsims_photo-analyses.htm
http://www.septemberclues.info
Top

I always thought the "hugging" sims looked more artificial than the others. (Would anyone submit something like that instead of a hands-free nice picture of their loved one? Why are some of the hands so .... clutchy like robotic animatronic vices about to tear flesh from their shoulders ... and some of the hands don't even look there at all - as if waving through a hologram!)

But this takes the cake ... a true boner on the part of those silly sim-growers.
Top

Marianne Simone (with the blue background) has particularly horrible memorial text as well.

If she were fake, would her name be carved in stone? It's a very impressive display!
http://www.flickr.com/photos/sheenachi/2831593125/

ACCIDENTALLY BEHEADED BY PHOTOSHOP: LOOK CAREFULLY AT RIGHT SIDE OF NECK


Marianne Simone, born Marianne Teresa Liquori was born and raised in Brooklyn, New York. She once wrote that one of her proudest accomplishments was playing the piano at Carnegie Hall at a young age. She was raised with strong Italian traditions, which in later years contributed to her fantastic cooking. She had two younger sisters, Virginia and Lucille. The family later moved to Staten Island, where she remained until her death. After Marianne’s parents passed away she became the matriarch of the family. She had close ties to her family and was there for everyone in good times and bad.

She was married to her childhood sweetheart on September 11, 1960. They remained married for twenty five years. They had three children together. Marianne’s eldest daughter Teresa [do Italian's name daughters with mom's middle name?] and her mom had a special bond. They not only shared a strong parent/child relationship, they were also best friends. They spent many a day laughing, talking and sharing in each others everyday life. She was a key component in Teresa’s family life with her husband Brad, son Bradley, Krystal and Alexis.


Her second child Lisa gave her mom the normal trouble a close mother/daughter relationship often encounters. Lisa always had a home at her moms. They had a deep unconditional love for each other. Lisa had a medical condition that her mom always helped her bear. She would often help Lisa with the care of her three small children, Christopher, Nichole and Michael (who was born the same day as Marianne in 2001). She had a respect and love for Lisa’s husband Rich. Lisa’s relationship with her mom evolved into a very emotional and spiritual love and understanding for one another.


Her youngest son Stephen lived with his mom until he left to marry Carolyn eleven months prior to his mom’s death. Marianne lived with Stephen longer than she had lived with anyone her entire life. We often joked that they were like an old married couple. They would quarrel over nonsense and finish each other’s sentences. Stephen watched helplessly as his beloved, beautiful mothers building crumbled. He knew immediately that she was gone because he felt a piece of himself die. Stephen has since had a daughter Alyssa Marianne, and another child on the way that his mom will never meet.

We, Marianne’s children, continue each day to live with a large hole in our hearts, a void only a mother can fill, a void only Marianne can fill with her loving, caring, humorous nature. She was always there for anyone that needed her. She had close extended family ties and friendships that will forever feel the loss in her absence.

She worked for Cantor Fitzgerald for eighteen years. I need to think that she died looking into the eyes of the people she had grown to know and love throughout the many years. I pray that she was not alone and her positive outlook on life gave her hope until she took her final breath.

Mommy, until we meet again?I love you.


To Lisa, Teresa, and Steven:

Your mother was my dear friend whom I loved very much. I have the best memories of our 18 years of friendship. I shared 18 birthdays with her and many, many laughs. As I sit here typing this, she would want me to smile and give you guys a big hug! We shared many moments in our lives. She will always be in my heart.... I miss her terribly. I miss her laughter and her friendship. I remember my last conversation with her on the day before.... I will cherish that for the rest of my life. God bless you, and I would love to hear from you.

Marianne Simone is my mother. She was a loving, caring person. She was beautiful on the inside and on the outside. She brought joy and laughter to those that knew her. She was a young, vivacious 62-year old with the innocence and optimism of a teenager. She thought of her future and all she had yet to accomplish. She was a mom who shared her wisdom yet was always willing to learn more. Her mind was always open to new ideas, and she was continuing to develop herself. She was a grandmother. She took the children for walks, put makeup on them, and simply listened to music with them. She was our friend, and yet she was our anchor. Her calendar was always full with invitations from those who valued her friendship. She added life to wherever she was. Marianne Simone loved to laugh, and she loved to live.

From the NYT memorial:

Marianne Simone had the comic sense of a Lucille Ball. "If you were in a room with her, you would be laughing," said Teresa Hargrave, her daughter.

Once, Mrs. Simone, 62, a communications specialist at Cantor Fitzgerald, dyed her hair and scrunched it up, and went to work with hair as orange as a carrot. Another time she ordered a tree from a gardening catalog, decided she didn't like it, and insisted on dragging it back to the post office so she could return it.

Then there was the time she was in a Duane Reade store in her 5,000 mink coat and a lipstick got caught in the cuff without her realizing it. She set off the theft alarm, and the guard took a mug shot of her with the lipstick she had supposedly stolen underneath. Mrs. Simone loved to tell people she could not go back to Duane Reade for months after.


She was in many ways still a teenager. Recently, she stayed up till 2 a.m. at her daughter's, playing poker with Mrs. Hargrave's husband, Bradley. "They were laughing and yelling," said Mrs. Hargrave. "She said he was cheating. He said she was cheating." Mrs. Hargrave had to tell the two of them to keep it down, as if they were a couple of kids.
Top

Our forum member Tufa has re-posted this excellent video (by Mack) which had gone missing from Youtube.
It is a no-nonsense, 10min summary of our extended research. My warmest thanks to Tufa - and to Mack, of course!

I have found the guy in the white shirt.

Here he is walking on ground zero helping another woman @0.18
http://www.youtube.com/watch?v=IVB0vaCE ... ature=fvwp

They will show up every now and then and when they do, we just put another piece into the puzzle. That's him allright, Dduck. Now, there is something beautiful going on - something I was actually expecting and almost hoping to happen:
The video you found is only yet another, new and more advanced rendering of the old 9/11 'stock footage'.

Good spot, DD. can anyone make out the ID badge round his neck and what is he carrying in his right hand?

It is apparent that he was well cocooned from any tower destruction - he doesn't have a grain of dust on him! :lol:
Top
Locked
1210 posts