The photo of the "long-haired Breivik" (originally posted by "reel.deal") seems to have disappeared,
but I saved the blow up:

http://www.aftenposten.no/nyheter/iriks ... 71633.html
So tomorrow starts a 10 days observation study of ABB. ABB will spend 16 hrs/day in a 60 m² special room (located in the prison) together with two times two nurses (from an adjacent hospital), male or female not announced, that are supposed to take contact with ABB.

At night 8 hrs/day ABB sleeps in a separate cell and is supervised by two other nurses from outside. The nurses then report to the experts shrinks the behavior of ABB. So this is how the show will go on until March 10. I assume ABB will then commit suicide prior April 10, when the court case is supposed to start.

Breivik has apparently provided another PsyOp leverage in addition to all the other crapola:


Weyman Bennett, spokesman for pressure group Unite Against Fascism, said the meeting in Denmark's second city, Aarhus, was the first meaningful meeting of such groups – which were looking at the EDL model and to mimic successful right-wing political parties in Eastern Europe, some of which have made it to government. He said: "The Euro-leagues are a new danger. We should not forget that it was the Norwegian Defence League that gave us [Anders] Breivik. The growth of a Euro-league in a time of economic crisis threatens to resurrect fascist street armies such as those that destroyed European democracies in the 1930s. The development of this network allows fascists and right-wing populists to share ideas, finance and experience in a way that should worry us all."

Dr Matthew Goodwin, an expert on the far-right(???

) at Nottingham University, said a Continent-wide far-right alliance would help extremist groups organise demonstrations, which carry the possibility of violence and provide access to better-resourced and organised groups in eastern and central Europe.

Dr Goodwin added that, historically, the far-right has often tried to build alliances on the Continent. "If there is anything the Breivik experience taught us, it is that the European-level movements, which share ideas and resources, are very dangerous."

This seems to me like an extension of the idea that was in the Breivik PsyOp from the beginning: that there is apparently no peaceful and rational way of opposing multiculturalism. If you oppose multiculturalism in any way, you are either an extremist nut or on the way of becoming one.

I'm somewhat reminded of the supposed anti-multikulti-party in my country, perussuomalaiset (I don't know how to translate that... The Basic Finns?

). I long suspected them of being basically controlled opposition/limited hangout and their actions have pointed to that. Instead of constructing valid and convincing arguments for opposing multiculturalism and going about in a dignified, peaceful manner, they have resorted to over-the-top gambits and mannerisms in the media so that they'll constantly get the maximum backlash from the rest of the population. The leader of the Basic Finns isn't a stupid person AFAIK, so he can't be oblivious to the cartoony image of his party. But then again, the said leader is always looking for his own benefit, the party simply being a means to his own ends. These over-the-top "anti-establishment" parties might function as sort of pyramid schemes where the topmost "staff" is well aware of the transparent feebleness, but the people down low simply function as useful idiots to keep the caricaturistic left-right-dialectic bouncing off the media wall and the farcical political party system's ball rolling down the hill.

(Of course, this applies to other parties as well, not just the "gimmicky" ones, because the whole political party system is more or less a gimmicky circus show, a sort of eternally suspended/perpetuated limited hangout.)
Top

I pointed out that FrontOfAndersBreivik is a shill account probably being paid by the perps:


full link: http://www.youtube.com/watch?v=PxtbRs70RjY
The video about was the one that caused the "FrontOfAndersBreivik" shill account to upload about 50 videos.. I didn't mean to say the account was set up, meant to say it was activated to start uploading a ton of videos.
Top

Who is the wizard?
Top

It's incredible brian, how all things sometimes seem to connect whether we want them to or not.
After your suggestion up here I distractedly input "OS" (which made me suspicious about "OS X"...) and then "OZ" in google.
Right away google tells me that there has been a tv series called "OZ" that ran from 1997 to 2003 (shit, now I have to look into it for 9/11 foreknowledge, it's like a compulsion!

). Wicky says the drama series was set in a maximum security prison, and was filled with references to the wizard of oz. The creator would be one "Tom Fontana", born on the 12th of September -- whose debut was in a Bernard Shaw production (a favorite author of the cheers-frasier crew, always quoting passages from "Don Juan in Hell"). Then we are told Fontana contributed two short movies to the September 11th special, "America: A Tribute to Heroes" a show/concert that included, among other performers, a speech by Kelsey Grammer and a song by Sting who, of course, played "Fragile"...
All this nonsense I had no interest for and wasn't looking for I gathered in less than two minutes. Internet is weird and 9/11 and its correlations are everywhere in it. It is truly annoying.
Top

According to my peek into this stuff, "Os" or "Oz" has a "mystical significance" of the value 77.

hoi.polloi wrote:According to my peek into this stuff, "Os" or "Oz" has a "mystical significance" of the value 77.

Surely, it is only coincidental that the final, total death toll of OSLO-UTOYA was 77?

But look here: Wickedpedia now states that there were "92" INJURED in OSLO that day!
http://en.wikipedia.org/wiki/2011_Norway_attacks
So here we have a possible explanation why the initial TOTAL DEATH TOLL was released as "92". Someone in the press(perp)office probably just cocked up!
Top

hoi.polloi wrote:According to my peek into this stuff, "Os" or "Oz" has a "mystical significance" of the value 77.


"When the two sevens clash, Babylon will disintegrate":

Yah, mahn.
So, I happened to watch a little bit of Frasier last night, which I now look at for clues, and the two 'boys' were taking an auto shop adult ed class. Well, what do you know, the desk that Frasier was sitting at had carved into it "Oz Rules".

I don't know whether all the freeman/sovereign methods are in any way practical for disengaging from the system, but once upon a time I stumbled upon this when prompted by, shall we say, a creative accountant. I find it relevant to the comments above. Some of you may have seen it before. It's not a plug for the site, but I find the metaphors interesting:

[This one works ok though:]
http://www.youtube.com/watch?v=-bHA6svC1-M
Top

Today the court has made public what ABB is accused of, i.e. detonating a bomb and killing people at Oslo and having killed and injured people at Utøya.

http://www.aftenposten.no/nyheter/iriks ... 78890.html
However, people having been injured and survived will not be named in court.

http://www.aftenposten.no/nyheter/iriks ... 78979.html
So nobody having really seen ABB trying shooting her/him at Utøya will be allowed in court.

I am still convinced ABB (or whoever he is if he exists) will commit suicide within the next 4 weeks and be disposed of.

So there will never be any court hearings of the ABB case! What do you think?
Top

Heiwa wrote:Today the court has made public what ABB is accused of, i.e. detonating a bomb and killing people at Oslo and having killed and injured people at Utøya.

http://www.aftenposten.no/nyheter/iriks ... 78890.html
However, people having been injured and survived will not be named in court.

Actually, as their story goes, they are having an intense debate about just how many people "afflicted by the event" should be named in court. They say that if ALL were to be named, this would mean having to invite "600-800" (sic!) persons in court - "not a viable proposition"...

And now they have apparently "painstakingly selected" a number of people to be named in court. The number? 119.


The above article also informs us of a number of people who sustained gunshot wounds (and survived). The number? 33.
(Of course, "33" is also "Breivik's" reported age..)

So are these 33 going to be named in court - surely those wounded people are included in the 119 figure? Nope! In this other Aftenposten article, we learn that, for instance, this "Emma Martinovic" (allegedly shot in the arm by Breivik as she swam away) has not been named: 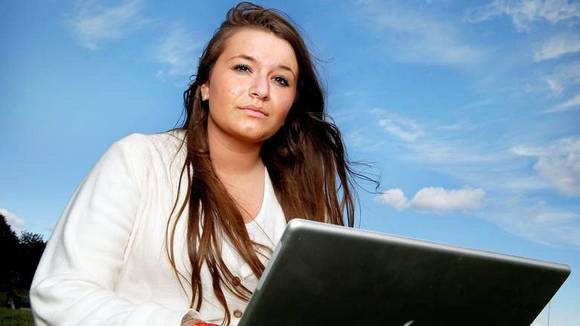 Her outraged lawyer - Mr Stefanussen - is quoted as being seriously pissed off about it !

"...The feeling of being duly taken seriously" - I kid you not ! Sounds hilarious, but I can't translate it any better than that!